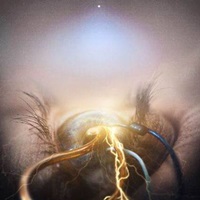 THE AGONIST – Eye of Providence

Change is an inevitable part of the music business these days. Lineup shuffles occur because opportunity strikes, creative visions shift, or people just tire of the grind that can be involved in touring the globe for months bleeding into years on end. For "Eye of Providence", the fourth studio record for Canada group The Agonist comes at a critical juncture in their career, as former vocalist Alissa White-Gluz joins veteran Swedish melodic death troop Arch Enemy and their replacement Vicky Psarakis will be viewed by critics and The Agonist following under the proverbial microscopic lens.

The 13 songs on this recording straddle their familiar crossover style of metal-core groove and melodic death arrangements. Vicky has potent pipes in the clean department, and her growls possess a raspy nature that works for material such as the slightly djent "Danse Macabre", more black-ish meets hypnotic "Perpetual Motion", and definitely commercial-oriented "The Perfect Embodiment". Metal courses through her veins, in a way like Doro meeting Daniel G. from Pain of Salvation in terms of channeling divergent emotional qualities through her performances. Fortunately her compatriots on the musical front bring some of their best songwriting to the table – first single "Gates of Horn and Ivory" featuring killer cymbal/snare tempo timing changes and a smooth, shred lead part while "I Endeavor" and "A Necessary Evil" contain the requisite guitar hooks and rhythmic persistence to become set staples as well as push maximum body carnage in the pits.

Saving the most dramatic song for last, the 7:57 "As Above, So Below" builds off of sparse Danny Marino and Pascal Jobin guitar lines, drummer Simon McKay’s equally dynamic performance and serves as a showcase for all facets of Vicky’s natural, melodic pipes. You can picture the words as they roll off her tongue, ‘searching through her mind… a proposal in reverse, contemplating forever’, as I hear a lot of Rush-like intensity in this highlight. Honestly not following the trajectory of The Agonist’s career closely, "Eye of Providence" couldn’t have come at a better time for the band- they should be able to take advantage of this newfound spotlight and gain wider acceptance, as talent is present and the songs should have staying power.