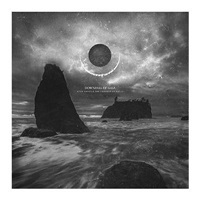 Describing Downfall of Gaia is similar to learning to juggle with your feet. It can be done, but it’s certainly not easy. A literal melting pot of influences, these Germans have been a unique entity from the get-go. There are bits of crust, death, black, doom, post, sludge, atmosphere and a whole bunch more of ingredients that compile to form their sound. A sound that is best described as crushing and impactful.

Downfall of Gaia is also a band who has progressed positively from each release to the next. Their 2012 full-length, "Suffocating in the Swarm of Cranes," was a showcase piece and one that garnered the band some intrigued looks. Their latest, "Aeon Unveils the Thrones of Decay," functions as the next step in the evolution of a band blazing their own path.

To sum this disc up in a few words: discordant and desolate.

Their music comes at the listener from all directions, yet has a focus that makes everything work. Add in an atmosphere that is darker and colder than a lunar eclipse at the North Pole, and what does one have? An album that attacks the senses with a precision and darkness that’s difficult to equal.

The roller coaster ride that is "Carved into Shadows" is a great starting off point, with a wide array of sounds and tempos to draw you in. Infectious riffs and grooves are abundant on "To Carry Myself to the Grave," with "Whispers of Aeon" producing a Cult of Luna-ish atmosphere that is simply soul sucking (in the best way possible).

Downfall of Gaia definitely doesn’t make music for the faint of heart. They create fully enveloping soundscapes that are undoubtedly "them," while maintaining a crunch and heaviness that any metal fan can appreciate. This isn’t anything typical, and thank goodness for that.