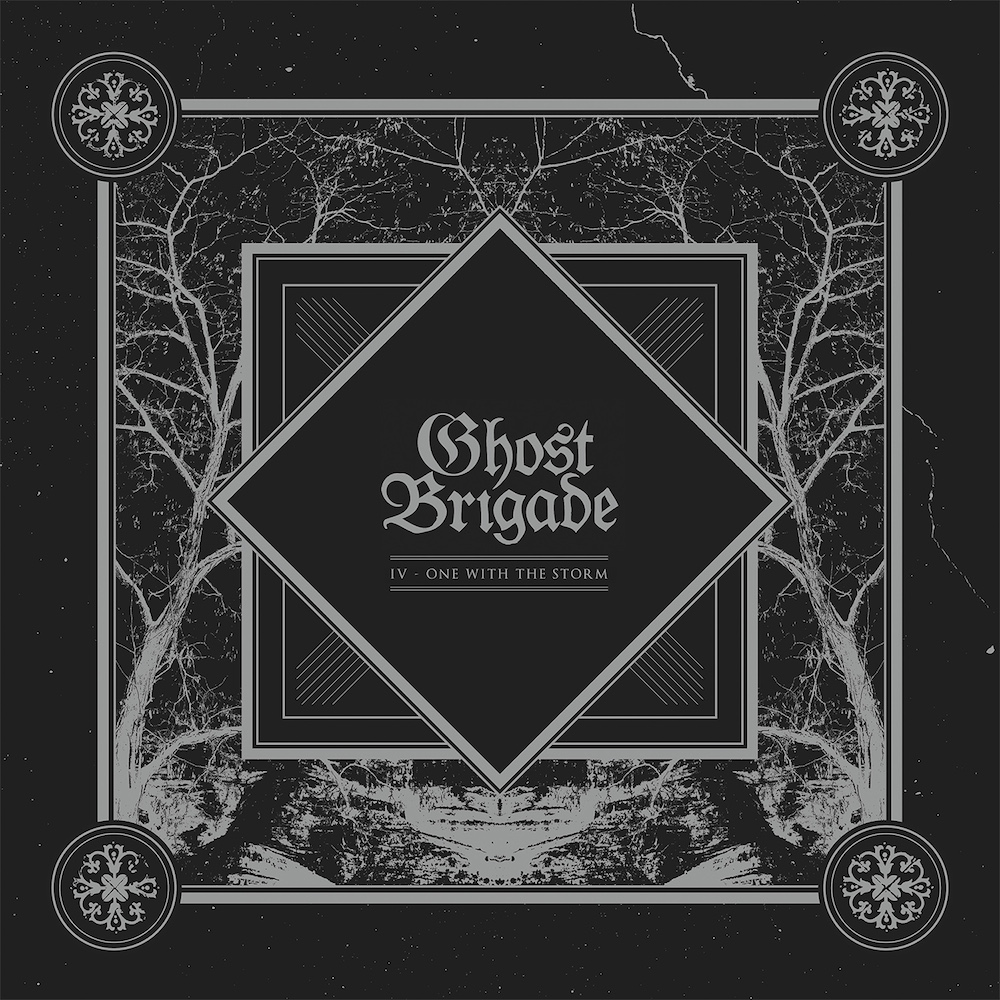 Finland is never devoid of quality music, and the offerings in the doom metal realm have been steadily improving over the years. Ghost Brigade is one of those acts, though they’re a certain mix of doom, death and melancholic rock. A remarkably consistent group, this sextet has set a standard of quality that thus far they’ve been able to maintain with their recorded output.

Their latest release, titled "IV – One with the Storm," is following the very successful "Until Fear No Longer Defines Us," which brought the band to new heights in both popularity and songwriting acumen.

The disc starts off with a wave of heavy riffing and dark melodies on "Wretched Blues," with Manne Ikonen’s guttural growls reaching into the depths to achieve a nice level of wickedness. "Departures" goes down a more melancholic road, with the band’s typical clean passages as sharp and purposeful as ever. Ghost Brigade are masters of making a song heavy and punchy, but loaded with dark and moodiness at the same time. Sort of in the way Katatonia does it, but their sound differs greatly.

The third track is titled "Aurora," a song that draws in the listener immediately with clever hooks and an all-out infectious vibe. Twists and turns abound, which is a recurrent theme throughout the album. "Electra Complex" is the longest track on the disc, clocking in at over ten minutes. It’s also the most somber, but it also has its crunchy moments. Twists and turns! Other standouts include the downtrodden "Stones and Pillars" and riff-heavy "The Knife."

For those who like variety in their metal, Ghost Brigade is – and should have been for quite some time – a band to be embraced. Their sharp songwriting skills, along with a knack for timing and infusion of melancholy without sounding pretentious make them a force not to be messed with. "IV – One with the Storm" is a top release this year from a band that keeps getting better with age.