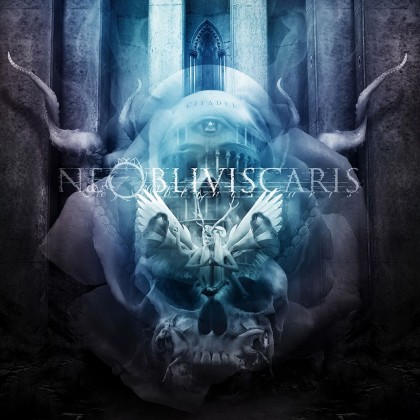 If the name Ne Obliviscaris doesn’t ring a bell, you’ve either been living under a rock, or much pity should be bestowed upon you – possibly both! These Australian’s have been taking the metal world by storm since their "The Aurora Veil" EP, and their picture perfect debut full-length, "Portal of I," back in 2012. Far and away this guy’s album of that year, and something all music fans should give a shot. The intricate song writing, the twisting emotions, and that wonderful violin – it was the definition of fresh.

Now, we’ve come to that make or break time for a band. You guessed it – it’s the dreaded second album, titled "Citadel." A band has their whole lives to make their first, but the follow up? Everybody knows what to expect now, and there’s a lot less time to get it together. Suffice to say, the bar has been set infinitely high.

All should know that Ne Obliviscaris is a complex band that constructs songs with many layers and nuances, so the appropriate time needs to be invested to get deep into the essence what they’re trying to do. A simplistic Cannibal Corpse album, this is not. Was it worth the time and effort? To steal from Stone Cold Steve Austin – give me a hell yeah!

The somber intro track, part I of the three part song "Painters of the Tempest," does the setup job well, leading right into part II. Part II has three sections called "movements," all of which have a bit of a different feel. They range from heavy and speedy black metal portions to gorgeous violin-driven passages. The end of the song is certainly the climax, with the clean vocals soaring along with the mix of speedy drums and guitar work full of finesse. Whew! And that was one song!

Acoustic guitars and serene violins soothe the listener back to calm in part III of "Painters of the Tempest," with "Pyrrhic" kicking up the heaviness factor with Xen’s trademark roar with a very heavy guitar and drum attack. The violins are faster on this song, and the entire feel is one that’ll wreck one’s neck with ease – until the six minute mark. The mood is transitioned into one of serenity and is honestly one of the most soothing musical passages this guy has heard.

The album finishes with a two-part song titled "Devour Me, Colossus." Part I is typical of what one would expect – varied and layered, with all sorts of nooks and crannies, rocking as only these Aussie’s can. Part II is a fitting violin instrumental that peacefully brings the album to a conclusion.

Ne Obliviscaris have managed to naturally progress from their debut, offering the listener a tight and eclectic piece of music that is as unique as it is stunning. This is an example of a band honing in on what they want their sound to be, dialing it in with precision, and delivering another timeless piece of music. Not a small feat, to be certain, and a definite album of the year candidate. "Citadel" is a landmark that is worth the time and money, and should get this band places fast. However, with the band more than doubling their crowdfunding campaign goal to fund a world tour, it seems they’re steadily on their way. Now, to wait on that 2015 world tour announcement!