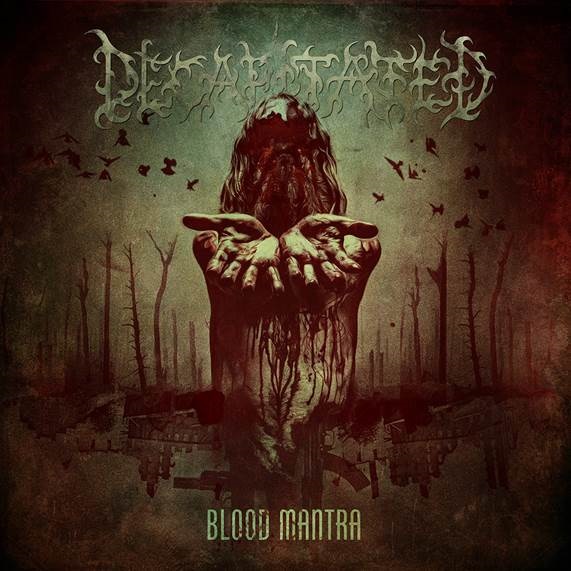 Decapitated´s first two albums "Winds of Creation" (2000) & "Nihility"(2002) are considered milestones in what we call teach death today. What those polish youngsterts managed to create back then has yet to be replicated both by them self and others to this date. The band suffered from an terrible accident in 2006 and their comeback album "Carnival is Forever" (2011) was a major dissapointment for those who worhsip their two first releases.
As 2014 rolls on the not so young band releases their sixth full-lenght aptly named "Blood Mantra" and my expectations where sky high. I really hoped that Decapitated would get back to their roots and not follow up aforementioned "Carnival.."

I´am sorry to say that sadly they did not. As "Blood Mantra" is way better than "Carnival" it´s still far from what they used to do (yes, the lineup have changed but still..). New vocalist Rafal is much more heavy than on his debut ("Carnival") and that is good. What is not good is that this sounds way to modern and groovy than techy and complex like before. The focus is on speed and brutality than on hooks and momoriable riffs and the arrangements are way to easy. Where´s the start,stop,start,stop drumming passages that we know and love?

"Blood Mantra" does not lack good music, no way sir. Its quite entertaining and I really dig much of the material (except that useless last Red Sun track). The energy and intensity is top notch and theres no doubt that this is played by well trained musicians.
Had it been released by any other band it would be an instant hit (as it allready may have been anyway). This is music for the groovy mainstream metal community (and nothing is wrong with that).

It´s just that I was hoping for something more, something Decapitated, something to remember the formidable good old days when Decapitated ruled the world.