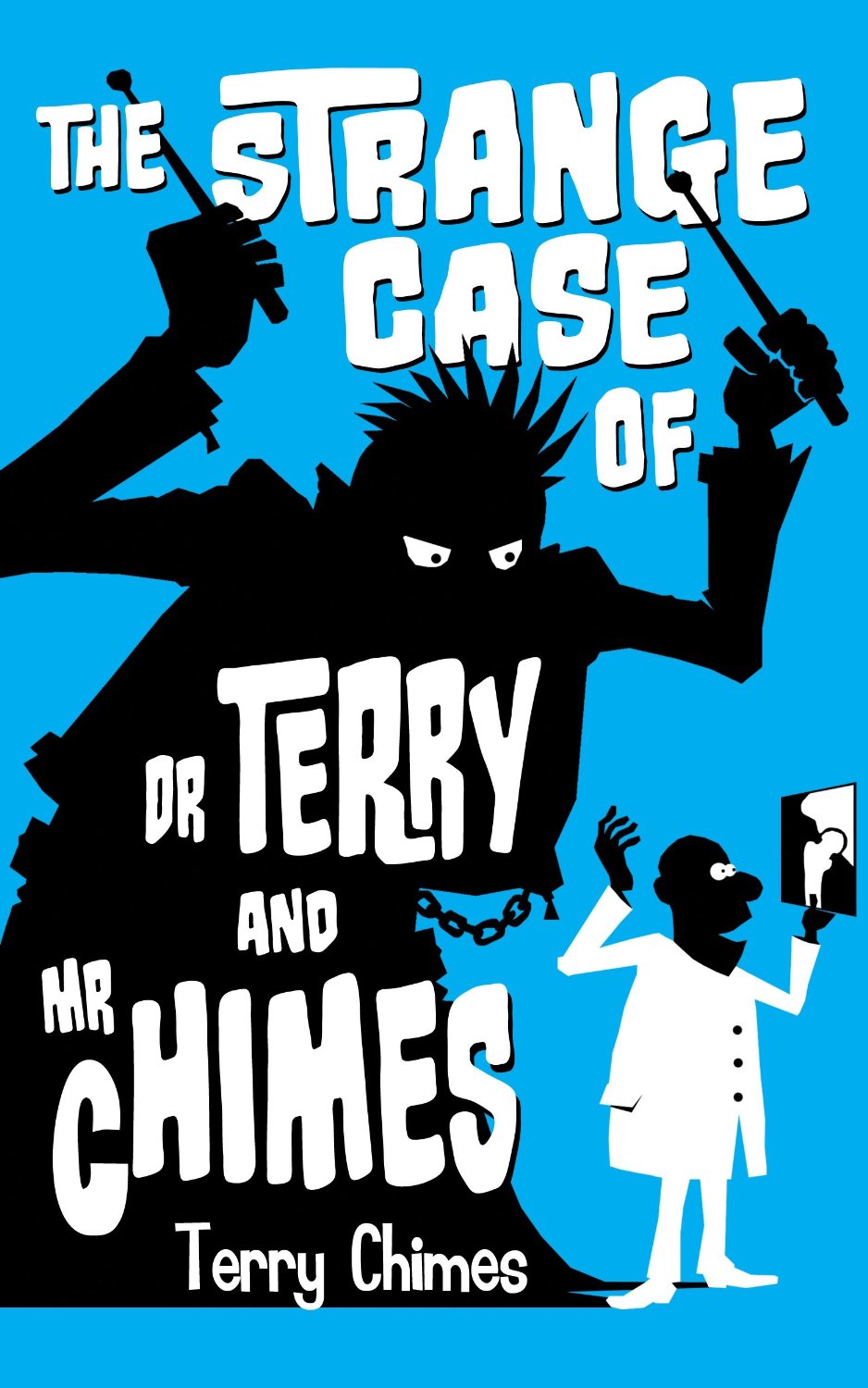 Crux Publishing were so kind to mail me a promotional copy of this autobiography by Terry Chimes entitled The Strange Case of Dr. Terry and Mr. Chimes for me to review, and I will be forever thankful for that, because this book simply rules. It is nothing like the countless other biographies by various different musicians that I have read throughout the years, but I shall return to that a little later on.

For those of you who do not know who Terry Chimes is, he was the drummer for The Clash, Hanoi Rocks and the mighty Black Sabbath before he then eventually made quite a change in terms of profession and started studying in order to be become a chiropractor. Well, he not only became a chiropractor as he became involved in all sorts of organizations and unions and stuff like that as well, but I do not want to give everything away here, so let me just say that Mr. Chimes has achieved an awful lot and never seems to rest or stand still. He is always on the lookout for the next challenge, which this book so beautifully details and elaborates on.

The title of the book is the perfect summary of the story in many ways, which is to say that ever since childhood Mr. Chimes was attracted to medicine, animals, biology and healing on the one hand and rock ‘n’ roll music on the other, so in some ways he was a bit torn as to what to he should choose and do. Dr. Terry was into medicine while Mr. Chimes wanted to be a kick-ass drummer, but eventually he managed to do both things and succeed in both areas. Chimes recounts his childhood and family life with a lot of love and warmth, and he manages to balance the tragic and rather serious aspects of his life as well as the fun and uplifting ones pretty decently. I especially enjoyed the chapters that focus on his upbringing in the East End of London and his stints with The Clash, Hanoi Rocks, Black Sabbath and a few other musical projects such as Generation X.

Being a worshipper of all eras of Black Sabbath I wish there was more stuff on his time in that band in 1987-1988 during the Eternal Idol era and tour, but we do get to hear how he prepared for and eventually landed the gig with the band, which is interesting. However, I wish he had chronicled the short Eternal Idol tour in Europe, but one cannot have it all I suppose. The way he elaborates on his relationship with Joe Strummer and the other members of The Clash is quite thought-provoking and fascinating, and his many memories of being out on tour with the aforementioned band as well as Hanoi Rocks are quite fun to read.