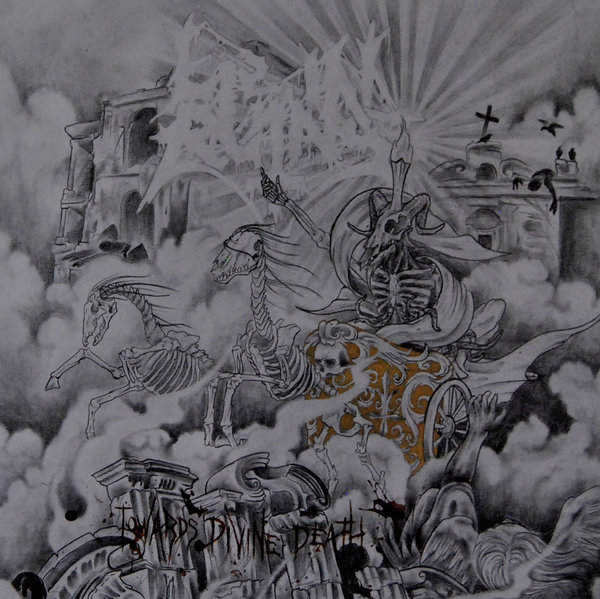 LIE IN RUINS – Toward Devine Death

Death metal act Lie In Ruins (FIN) started out back in 1993 as Dissected but did not release any material before renaming themself in 2002 and releasing their first demo in 2005.

Their first proper full-length "Swallowed by the Void" saw the light of day back in 2009 so they for sure not be described as busy bees in their death metal hive.

Now five years later their second full-length "Toward Devine Death" is finally out and they have spent their time well.

Label Dark Descent know what they do and what to release so right from the getgo there´s no doubt that Lie In Ruins have something to add to the death metal pool of filthy ugliness.

This is brutal but dynamic death metal somewhere in between the technical and the necro departments with a vocal that sometimes reminds me of Mikael Åkerfeldt of Opeth/Bloodbath. The production is murky but clear enough to enjoy all the instruments together, none is layered above the other and that sums up to quite an powerfull wall of sound.

Lie In Ruins is the latest addition to the growing mass of finnish death metal acts (together with Krypts and Lantern) that are out on a mission to crush your skull with heavy, no mercy death metal.