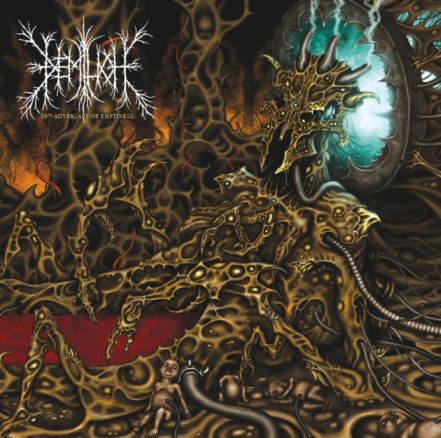 Finnish death metal cult act  Demilich get´s another re-release treatment of their brilliant (but sadly only) opus "Nesphite" in conjunction of the 20 years anniversary of it´s release back in 1993.

The aptly titled "20th Adversary of Emptiness" is a box set containing the genial album "Nesphite" (of course) and everything else Demilich have ever recorded spanning a total of 3 discs.

Demilich should not need any introduction and every "die hard" death metal banger probably have "Nesphite" in their record collection so this box set is for the collectors/fanatics only.

If you for some reason not have heard "Nesphite" yet, run as fast as you can home and get it!

This is imeless death metal that still makes waves and is yet to be topped.