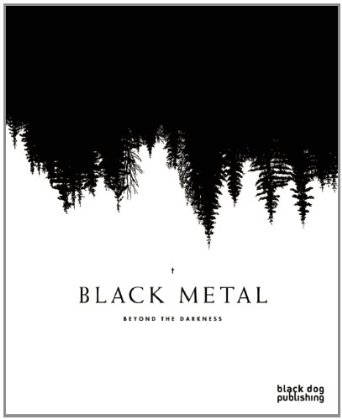 Black Metal – Beyond the Darkness

Not that long ago the British-housed Black Dog Publishing released a book entitled "Black Metal – Beyond the Darkness", which covers and focuses on a variety of different subjects related to black metal music and the entire black metal culture, so to speak. Some of the authors featured include Nathan T. Birk, Nick Richardson, Jon "Metalion" Christiansen, and Brandon Stosuy.

First of all, I need to make it clear that I love the visual presentation of the book itself. We`re talking thick quality pages, great photos that compliment the actual texts brilliantly, some previously unpublished band photos from the private archives of the artists, and a few other goodies.

What sets "Black Metal – Beyond the Darkness" apart from nearly every other book out there on black metal has to do with the subject matters covered. The authors have chosen to analyze and interpret topics, subjects, and themes that are essential to black metal and yet somewhat obscured, marginalized, or overlooked by most others. More specifically, the different chapters and essays highlight everything from the visual aspects of black metal, terms and definitions employed within the milieu, the early stages and impact of Greek, French, Polish, and East-european black metal, the relation between black metal and the old American Transcendentalist writers such as Emerson and Thoreau, the selling and distribution of black metal records, etc. As to the visual aspects of black metal, everything from logos and album covers and further on to stage wear and corpse paint is discussed in-depth. No stone is left unturned. I especially found the chapter on USBM and American black metal brilliant (there`s a difference between USBM and American black metal, you see) and the multitude of different and differing opinions and outlook on that particlar phenomenon. The way in which parallels and threads between black metal and visual culture, theatrics, isolation, identity, and literature are highlighted is simply mindblowing at times. As you can probably tell by now, Norwegian black metal is not the main topic of discussion in the book. Rather, it uncovers the roots of black metal from countries and regions that have often taken a backseat to Norwegian black metal and/or been marginalized and neglected, often unfairly I might add.

Overall, the book is filled to the brim with interesting quotes by a variety of different musicians, graphic designers, people running record stores and distributions, journalists, and so on. What makes for a great reading is the fact that none of the essays and texts in the book, regardless of subject matter, are clearly one-sided. The authors allow and bring forth numerous different points of view, stances, interpretations, and perceptions of nearly every subject covered. The essays are intellectual, but not pseudo-intellectual, if that makes sense.

"Black Metal – Beyond the Darkness" is most certainly not the usual run-of-the-mill-Norwegian-black-metal-bullshit that we have been fed time and time again by others. This book offers something new, thought-provoking, and interesting, and I dare say that everyone with more than a passing interest in black metal ought to invest in this one. Hell, even people who may not possess that much insight into the workings and mechanisms of black metal culture will find some of the subjects covered in this book entertaining. This one is a great read and comes highly recommended.