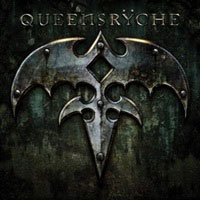 Having heard all of the details of Geoff Tate’s split with his bandmates of over 20 years, I was interested to check out this album and see what it all meant in musical terms. Firstly because it has often been said that Geoff was strongly instrumental in the band’s migration to a more Adult-Oriented Metal kind of sound as he tried to distance himself from the band’s original Judas Priest influenced, heavier vibe. If we can believe that was the case and we also accept the press surrounding this release, then "Queensrÿche" should herald a welcome return to pastures metal for the (mostly) Seattle five piece. Although Queensrÿche remain one of my favourite acts from the 80’s, I only ever listen to the "Queen of the Reich" EP, "Warning" and "Operation Mindcrime" (I listen to the double live version – strongly recommended!) so to hear that the band were going back to their musical roots was excellent news.

Secondly, I was interested to see how well Todd LaTorre filled the role behind the mike. To be honest though, I wasn’t worried – as a fan of Crimson Glory I could see straight off that he was the obvious choice. Just curious.

It is obvious from the start that Queensrÿche are coming out from their corner focussed and with their eye firmly on the prize. It isn’t the full metal immersion, but it rocks more than the band have done for years. And yes, the arty touches are still there but they are smoothly integrated into a whole that places the emphasis on songs that work. It kind of reminds me of "Rage For Order," when the band were progressing towards the sound that would carry them forward and become their staple for the 90’s. Todd LaTorre is as good as I had known he would be – in particular on "A World Without" which is a fine addition to the band’s repertoire.

Ultimately then, there is no doubt that this is the album to buy above Geoff’s rival "Frequency Unknown". It is a shame that it isn’t slightly heavier and that Todd doesn’t unleash the emotional big guns more often but it is still a fine record and if sales and the general reception do anything for the band’s confidence, they could grow into something as special as the name deserves.