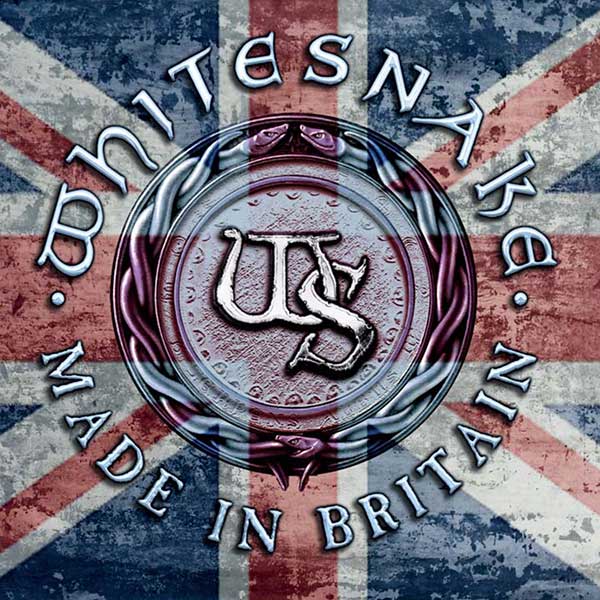 WHITESNAKE – Made in Britain/The World Record

I attended the Whitesnake gig at Sentrum Scene in Oslo back in November 2011, and I was totally and utterly blown away by the sheer power, joy, and intensity of the band`s performance that night. They simply rocked my lazy ass off like you wouldn`t believe. "Made in Britain/The World Record" was recorded during that tour in 2011 and is damn solid proof that Whitesnake is as good and relevant as ever and that the band can still cut it live. Nearly every note is delivered with passion and intensity here, and David Coverdale, being one of my favorite vocalists of all time, is still able to sound brilliant when singing. There`s passion and emotion to that man`s voice, not to mention that the between-song banters are hilarious and that he`s clearly having a good time talking to the audience and fronting the mighty Snake.

Songs off the two recent studio albums, "Good to be Bad" and "Forevermore", sound exceptionally good live, but I could say that very same thing for nearly every song on this double disc assault. Let me also point out that Doug Aldrich is a much underrated guitarist. He has done wonders for Whitesnake and he really helped get DIO back on track around the "Killing the Dragon" era in my opinion, but, as usual, I digress. The whole band is literally on fire here and I`m pretty sure that your living room will detonate if you play this record loud, which is the way live albums are supposed to be.

The only tracks that don`t do much for me on "Made in Britain/The World Record" are "Pistols at Dawn" and "Fare Thee Well", but considering the fact that there`s a total of 25 tracks on this package I`m not really bothered by two slightly less interesting songs. I`m still left with 23 songs that all move me in one way or another. Some favorites that really stick out include "Best Years", "Can Your Hear the Wind Blow?",  "Forevermore", "Give Me All Your Love", "Steal Your Heart Away" and of course the face-melting medley of the Deep Purple classics "Burn" and "Stormbringer". I have a somewhat perverted dream of hearing a few tunes off "Come Taste the Band" live some day, but I`m more than willing to settle for a few classic DP songs such as those two that I mentioned before. The inclusion of "Soldier of Fortune" on this live disc is guaranteed to move you and maybe even your mom to tears, and I mean that in a good way.

Nothing on the two discs that constitute this release sounds touched-up in the studio and the whole package and delivery seems very honest and raw to me. All nay-sayers who for some reason think that Whitesnake is no longer a force to be reckoned with in the world of hard rock should fucking check out this record and when they`re at it they should also pick up "Good to be Bad" and "Forevermore". That should be more than enough to change their minds and convince them that Whitesnake still rocks. This is the best live album along with Heaven and Hell`s "Live at Radio City Hall" that has been released within the last 5-10 years or so in my opinion. Explosive stuff right here, ladies and gentlemen!

HERETIC – From The Vault…Tortured And Broken (2 CD)