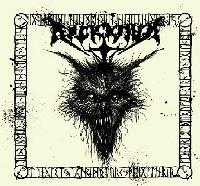 I’ve been a fan of Shamaatae’s work since about four albums back, so was looking forward to getting my hands on this one. Unfortunately though, it has turned out to be my least favourite of the Arckanum records I’ve heard.

The sound has slowed down quite a bit, which isn’t a problem per se, as fans of the band will know that Shamaatae excels at grooving, mid-paced material. And while the blast count is pretty low, there is plenty of blackened d-beat mayhem to get the juices flowing.

The problem for me comes in the form of the countless interludes, intros and outros that dot the album. Those who’ve read lots of my reviews may know that I have no patience at all for boring, ambient time-wasting of this ilk. I usually delete the wind-swept, groan-filled intros to albums that I buy, but sometimes, as is the case here, the passages litter the songs too, meaning I can’t just cut them out and have to endure them. In the case of "Fenris Kindr" there is approaching 15 minutes of this kind of thing when you include all the breakdowns! Add this to the fact that the songs are largely from the weaker end of the Arckanum spectrum and we have an album that I can’t recommend at all. Ok, some of the riffs are pretty cool, but this is as far from the mark as I’ve ever seen Shamaatae, so I’m not sure that "Fenris Kindr" will even satisfy hardcore fans.

CHILDREN OF BODOM – Halo Of Blood