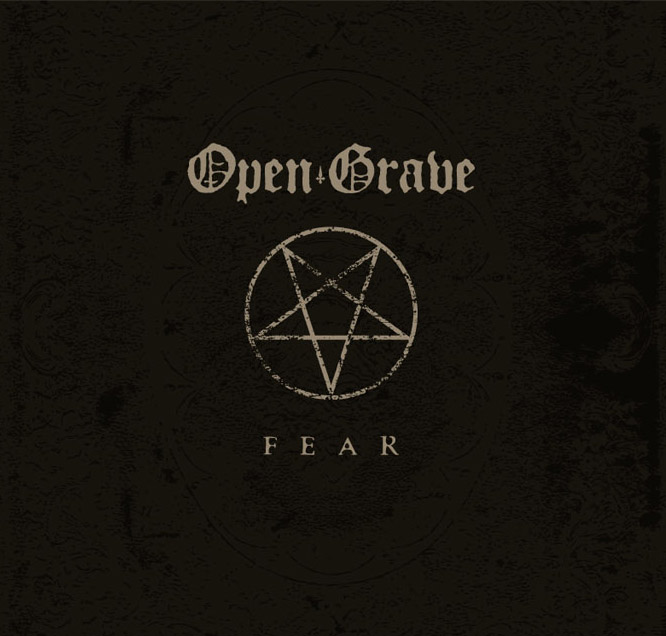 The US black metal squadron named Open Grave gained some fame in the underground back in 2000 when the band released the "The Heavens Cry Black Tears" demo. It was one of those releases that people either seemed to love or hate. Last year the band unleashed their first full-length album entitled "Fear" upon the unsuspecting masses via Regimental Records.

"Fear" starts out with two rather hard-hitting and intense songs, namely "Mourn" and "Hide". Both of them are pretty damn catchy and thrashy. Keyboards sneak in here and there and complement the music beautifully in the sense that they are not over-used or dominating, but rather subtle instead. The third track, "Betray", is a hauntingly beautiful piano piece that is drenched in melancholy. It serves as a nice and calm interlude before all hell breaks loose again in the shape and form of "Kill". One of my absolute favorites on this album is the strangely unsettling "Bury" due to its gloomy atmosphere, desperate vocals, and sad melodies. "Humiliate" starts out with a morose piano-piece and gradually turns into an epic doom-metal song, which is another highlight on the album.

All songs are kept rather short and the album clocks in at approximately 30 minutes, which is perfect for this kind of intense music in my opinion. The majority of tracks are very good and only a couple of them don`t really grab my attention. The sound and production is suitably raw and punchy, especially when it comes to the guitars and drums.

The guys in Open Grave obviously know how to compose hard-hitting and intense songs full of good riffs, excellent drumming, harsh vocals, and morbid atmospheres. Open Grave have certainly proven themselves capable of blending black-, death- and doom metal to great effect, and fans of the aforementioned genres should definitely pick up on "Fear" and give it a handful of spins.