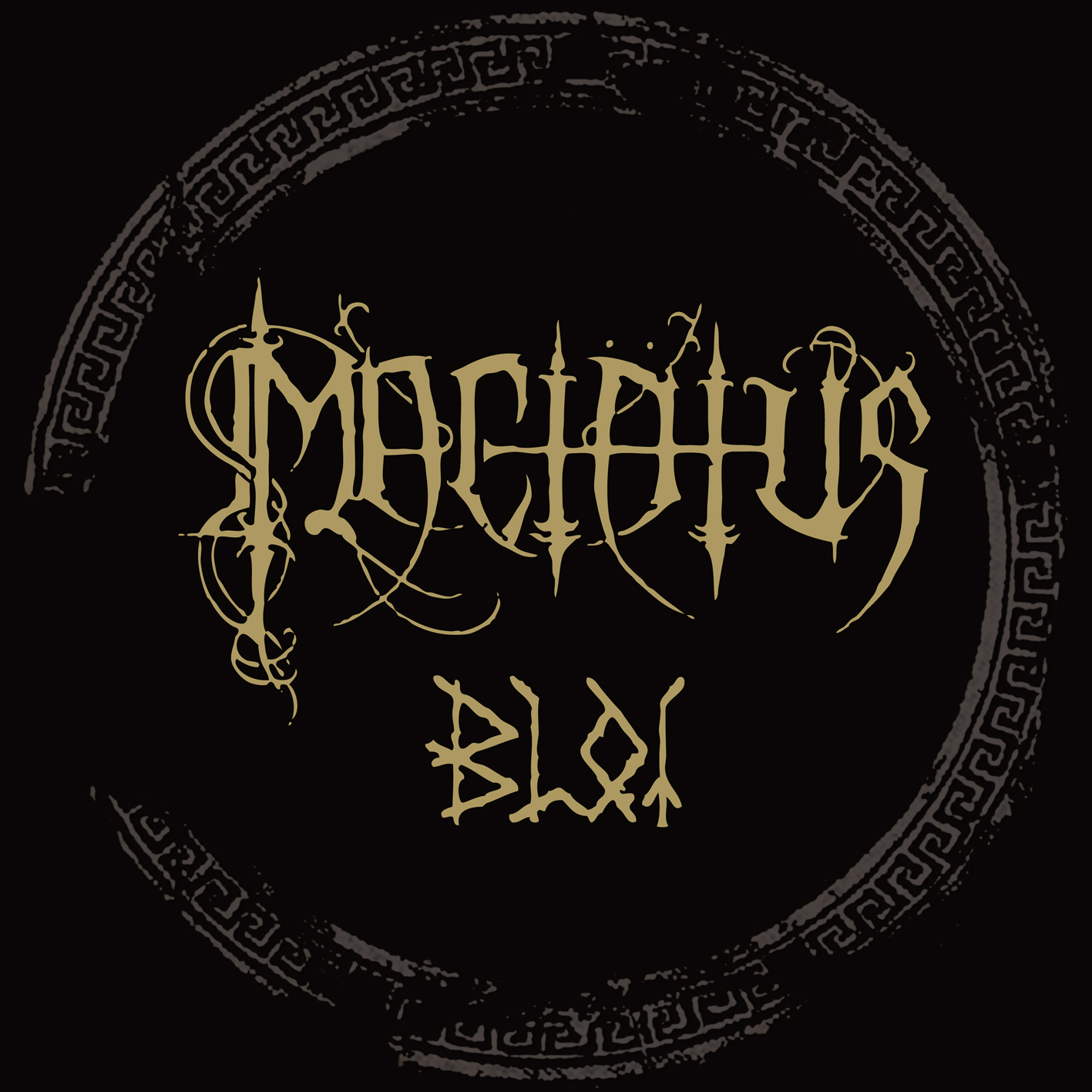 The Norwegian band Mactätus, which was founded all the way back in 1989, released the album "Blot" in 1997 via Embassy Productions and it was sold out shortly thereafter. Luckily for all of us, Soulseller Records have decided to re-release this album on both CD and LP in the near future.

Mactätus performs cold, symphonic black metal with a melancholic edge to it. The riffs and melodies are generally pretty catchy, the music is composed and arranged rather well, and the band obviously knew how to infuse their songs with some variation and emotion back then. Also, the sound is neither too raw nor too polished and none of the instruments drown out the others, which is obviously a good thing.

The keyboards are quite prevalent throughout the album, but they add a certain grandeur to the songs and underline the melancholic guitar parts. The drums, however, sound a little weak and lack punch, and the vocals aren’t exactly the most diverse ones that I have come across yet, but they do manage to get the job done somewhat respectably. I quite like the mellow guitar parts that often crop up in the songs in that they serve as pretty good contrasts to the more bombastic and heavy guitar-driven parts. My favorites off the disc are the epic and beautiful "Black Poetry", the dark and bitter "Vandring", and the purely instrumental ambient piece entitled "I Trollriket".

Given that this was recorded back in 1997, some may find it a little dated and unoriginal nowadays, but personally I quite like this, especially when compared to similar symphonic albums that were released in the latter half of the 90ies. "Blot" is certainly a lot more interesting than the band’s later releases such as "The Complex Bewitchment" and "Suicide", and it serves as a good soundtrack to a dark and windy night. I wouldn’t exactly deem this a must-buy album, but fans of symphonic black metal who prefer morose songs over aggressive ones should give this a chance.