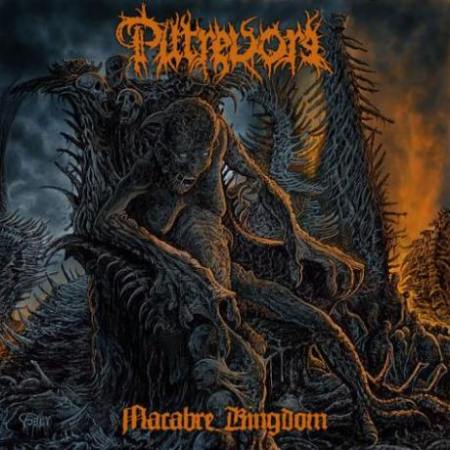 Both musicians have their plate full with various other bands/projects so it´s been four years since their first output, 2008´s "Morphed From Deathbreath" (the album title based on the fact that they called themself Deathbreath from 2004-2007).

Their musikal direction is of course pure unrelenting death metal in the veins of the old school formula. Deep and murky vocal based on simple but effective arrangements that are quite catchy and melodic. The production is top notch with all instruments prominent in the mix. The dark sound really fit´s the slower riff parts very well and again, the vocal fits those parts just perfect.

"Macabre Kingdom" contains nine tracks with just the kind of death metal I know you like. Recommended!