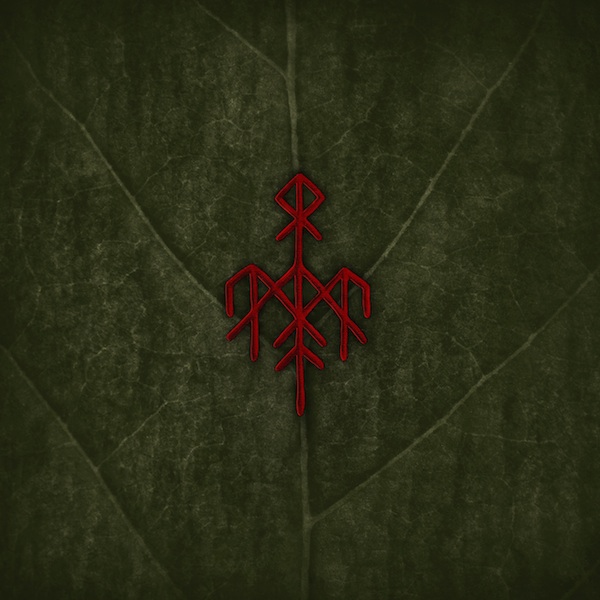 Four years of faithful waiting are soon to be over for Wardruna fans and/or enthusiasts. ‘Yggdrasil’, the second part of an announced ‘Runaljod’ trilogy, having each album focusing on eight runes taken from the oldest form of the runic alphabet, Elder Futhark. Following the mysticism and the tradition of intense moods from the first release, ‘Gap Var Ginnunga’, the album is recorded using some of the oldest of Nordic (and not only) instruments, such as primitive deer-hide frame drums, Kraviklyra, tagelharpe, mouth harp, goat horn, lur and more. The archaic sounds are spiced up with pure natural tunes, as one doesn’t get the chance to miss unique sound sources such as trees, rocks, water and torches. Then of course, the magic is completed by the voices of Kristian Espedal (aka Gaahl) and Lindy-Fay Hella. ‘Yggdrasil’ is also graced with guest appearances by renowned Icelandic composer Hilmar Örn Hilmarsson and Iceland’s leading rímur singer Steindór Andersen. Lyrics wise, the texts are once again offering a mix of Norwegian, Old-Norse and Proto-Norse, to the delight of those with an interest for these older languages. I’d say that it also proves the genuine passion of Kvitrafn.

The new set of runes that are being handled by ‘Yggdrasil’ has led to new and different recording places and settings, so that the circumstances were significant to each of the chosen runes (or well, their correspondeds, according to the names chosen as song titles, which maybe, in the world Kvitrafn, have different meanings than the classic teachings). Finding these exact locations and moments was probably a very demanding process, which obviously took a lot of time, but after a few spins of the final result, I’m sure it was all worth it. It’s almost impossible for me to understand the lyrics, but they do come pretty secondary once the spirit of the album starts flowing through your neurons and takes over all your senses. With the right state of mind, the music can carry you from stone to stone, from tree to tree, from raindrop to raindrop, from waterfall to waterfall, from old ritual to old ritual and you end up with the most genuine and best directed movie ever. With an amazing soundtrack.

The first song, ‘Rotlaust Tre Fell’, is perfectly chosen to introduce you to the runic ritual of the album. It’s like a shamanic invitation to join in and be part of the powerful experience. Once you have accepted the invitation, the nature starts being depicted in such magic details and with sounds that we all probably have heard before, yet, never lived them with such intensity, since we mainly take them for granted and rarely think how special they really are. Somewhere in the middle of the second song, probably under the influence of the lovely female vocals followed by a fantastic instrumental part, it gets almost impossible to think you are listening to a recording. It’s like a live broadcast from the old days in the Norse lands.

‘NaudiR’, the third song, is the one responsible for me barely making it to the end of the album. I just have to return and hear it again. It’s constantly building such a dark intense ambience, a perfect match as background sounds for the spoken words in the middle. Gaahl’s way of ‘whispering’ is surely the best way to intensify the mesmerizing male vocals, and I recall the surrealism of these sounds in the band’s live performances. I really hope this song will make it on the playlist.

If my memory serves me right, the rune of the fourth song, ‘EhwaR’, is somewhat related to speed and/or quickness. It has to be, since this is what strikes you most from listening to the song and the slideshow of visuals is suddenly playing at an increased speed, meant somehow to take you on a very windy and mysterious scenery, painted up next in ‘AnsuR’ and ‘IwaR’. Then things seem to calm down at the beginning of the next song, ‘IngwaR’, but this is the most beautiful delusion on the album. The increasing drum beats and bow-sliding on strings, constant addition of new sounds, the unique way in which the vocals sound combined with the way they add up with choirs towards the end, all these probably make for the most intense explosion of energy since the beginning. I think I always had to stop after listening to this song, simply to be able to digest what I have heard so far.

But there’s 4 more songs left, starting with ‘Gibu’, a tune filled with a certain joy and maybe even playfulness, maybe as a prelude to the ‘Solringen’ (‘sol’ being the word for sun in most Scandinavian languages) and the life that we owe to the shining globe of fire in the sky. The bird trills should make everyone feel revived and alive to able to hear the way too beautiful vocal part that comes in the middle of the song. But if I said about the previous vocals that they are way too beautiful, then I don’t have a superlative strong enough to explain the magic and the intensity in the voices of the song to come, ‘Sowelu’. They sound more melodic somehow, yet the whole song is seriously playing with your senses, taking you on a carousel of moods and paths, deepening the mysterious vitality from the previous songs. And also dwells into darkness. A darkness that I have hard to explain, yet it’s there somewhere and it’s also very intense.

For the last song, ‘Helvegen’, you are ritually being told farewell, almost visualising the participants and the magic location of the end of your runic journey. Each percussion beat is like a step in the whole dance and the singing should touch some very sensitive chords. Especially if the final act might also be considered as a final way towards the godess Hel. The ending vocals part with the pouring rain sounds in the background is an exceptional outro. By this point, the whole album feels like a ritual that you’re probably eager to start from the beginning.

This is probably not the most varied album, music wise. There might be many changes in the sounds of the unusual instruments, but they’re not so easy to detect at first. But if you’re getting in the mood evoked by each of the songs and its corresponding rune, you will not care at all about variety when the feelings are so intense and the sounds are so beautifully knitted together.

The album will be released on March 15th in Norway, March 25th in the rest of Europe and April 2nd in North America via Indie Recordings.
"Yggdrasil" track listing: