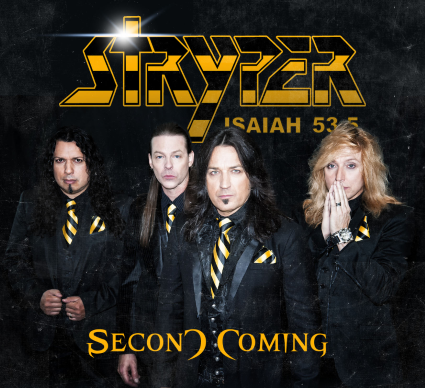 Even though "Second Coming" is somewhat of a Best of-album, Stryper has managed to re-record fourteen of their most demanded songs and made them as if they were all fresh out of the notebook. Adding two completely new songs ( Bleeding From Inside Out, and Blackened) makes it even better. Not that those peticular songs contribute in a positive way on the album, but I`m sure it pleases the fans. It doesn`t sound so 80`s christian metal anymore. That, however, pleases me! I must admit that I don`t have much left for bands that advertise themselves as Christian and use it as a sales pitch, but I have to admit I was entertained through most of the album. They know how to play their instruments and Michael Sweet knows how to sing. Just ease up on the " Yeah, Oh yeah" and it`d be great. Not going to put in much effort about this album, since it`s "only" a Best of, but I`d recommend you to listen to it a couple times. Has a few catchy things about it and some inspiring riffs Take "Makes Me Wanna Sing" for example, put it on while warming up to go for a night out on town and the second time the refrain comes around, everyone will be singing along. Fun album. It`s not great, but it`s not horrible.

OCTOBER TIDE – Tunnel Of No Light