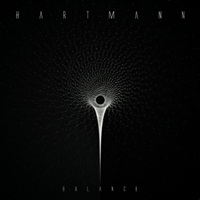 Oliver Hartmann burst onto the scene with the heavy rock act At Vance in the late 90’s, releasing 4 studio albums with the group. His voice also graces acts as diverse as Italian progressive metal band Empty Tremor to rock opera/ project work with Genius and Avantasia among others. “Balance” is the fourth solo album, coming off 2009’s “3” that focused on a more modern development of his melodic rock style.

The great singers of the world know how to work on material that capitalizes on their strengths. The mid-tempo opener “All My Life” contains some Neal Schon-esque flashy guitar parts and this steady, propulsive drum groove that opens Oliver’s upper range like a Jimi Jamison or David Coverdale. “You Are The One” is a cruising the highway worthy effort featuring an energetic bass opening lick and guitar tradeoffs that seesaw between clean strumming and West Coast AOR bliss. Hartmann’s accomplices include drummer Dario Ciccioni, bassist Armin Donderer, and guitarist Mario Reck- along with keyboard and organ guest appearances when necessary and female background vocals on 8 cuts from Tiffany Kirkland. Most won’t even mind the occasional modern nuances when it comes to certain riffing and phrasing- because Hartmann make things work for the sake of song- be it the Incubus-jangly strumming during “Save Me” or the swirling effects on closer “The Best Is Yet To Come”.

The cover choice of “Shout” from Tears For Fears doesn’t surprise me- and his take includes more of a synthesized, Genesis “Mama” feel to separate it from the recent At Vance version that appeared on their “Decade” double disc retrospective. Overall, “Balance” lives up to its title because Hartmann do not stagnate in one tempo or one style of melodic rock for the whole album- the variety keeps the listener on their toes and as such this is an outstanding record.