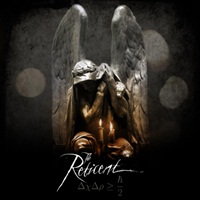 One man bands can be a mixed breed. Dependent on talent level, writing ability, and the hope that this one person can determine how to turn the creative muscles on while tempering the final product, it could be a masterpiece or the biggest pile of dirt. Chris Hathcock is The Reticent, a progressive metal act with folk leanings. “Le Temps Detruit Tout” is his third album, containing a swirling soundscape that has equal appeal to Tool maniacs as it would those into Opeth’s outer reaches.

His vocals are much more in the clean alternative rock vein, channeling Maynard of Tool along with Aaron Lewis of Staind on songs like the lighter acoustic ballad “Lie To Me” or rhythmically enveloping “Patience”. The closing cover of “Losing My Religion” from R.E.M. has another darker quality with its clean, electric interpretation- proof that a great song can translate and morph into other forms if the right person channels the thoughts in an appropriate direction.

Truth be told, anyone who doesn’t like to think should readily avoid The Reticent. The songwriting and performances curve and twist like branches in a furious wind storm. Chris writes and plays to develop dynamic connection- the quiet repose against the thunderous heavier parts which give your brain time to take in, process, reflect and move again. As such, the brilliance will probably gain favor long after his time passes.