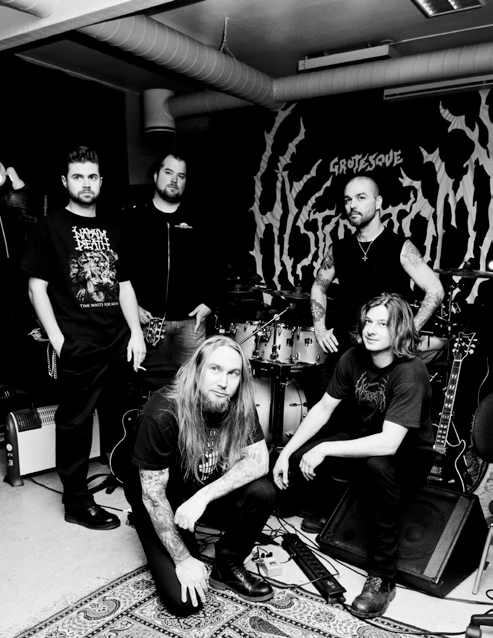 Grotesque Hysterectomy with some breaking news:

2012 sees the Death Metal band evolving to new standards.
In 2011 Sigve Torland (ex the Sickening) joined GH on vocals and brought forth a new spark in the band which resulted in the recording of a studio album which is currently being mixed and made ready for mastering. Shortly after the album was recorded the band sought to once again hit the stage and have booked three shows for April, starting with the 13th in Sandvika and April 20th sees the band in Trondheim before hitting Kristiansund April 21st.

A new spark in the band

In order to solicitude some extra volume to the gutarsound live, Birger Larsen brought his friend Shandy "Aethyris" Mckay to the rehearsal studio to see if he could add something to the bands sound.
To the surprise of no one, the Guitarist with a background from such bands as ABSU, Roller, Infernal Oak, and with current bands Pantheon I and Merah quickly found the tone so to speak with the band, and now Grotesque Hysterectomy are proud to announce that mr Shandy Mckay have joined the band as a permanent member, and will be ready to make his mark felt together with the rest of the band in the time to come.