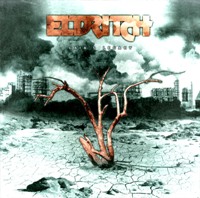 I still remember the day my father brought home our first internet modem. Only hours later, I was downloading my first tracks from cyberspace. This was back before Napster or WinMX existed. The way we downloaded music back then was by going to private web pages and forums, reading reviews and downloading recommendations on said web pages. Downloading one track took about 45 minutes, if I recall correctly. On this one page focusing on progressive metal, I started downloading my first three tracks. 2 hours and 15 minutes later I could sit down and listen to some warmly recommended metal that I would never have discovered if it hadn’t been for the chance of me dumping into this webpage. The songs were “The Eyes of Medusa” by Symphony X, “Silent Jealousy” by X Japan, and “Chalice of Insanity” by Eldritch. I was 17 at the time, and now, almost 15 years later these three bands still frequent my monthly playlists.

Granted, Symphony X has been given more time than X Japan or Eldritch. Still, I have spent many enjoyable hours in Eldritch’s company. Their career has been colored by inconsistency though, but at their best, I would say they rival Symphony X. Eldritch’s first album, “Seeds of Rage” will always remain a favorite in my book. The sound is a bit subpar, which is why I would rate the album 4 today instead of the initial 5 I would have given it back in 95. Their sophomore album never made the same impact and was a real downer for me personally. I was much more in tune with the third album “El Niño”, which still is rated 5 by me today. The golden era of Eldritch is definitely “El Niño”, “Reverse” and “Portrait of the Abyss Within”. Although “Reverse” was their most straight forward album to date, the catchy songs more than made up for it. Still, “Portrait of the Abyss Within” is without doubt Eldritch’s finest moment. It was back to their roots. They hadn’t been as technical since their debut, and the hooks and catchy material was in place too. If you haven’t heard it, check it immediately.

Following “Portrait of the Abyss Within” Eldritch has released two albums that falls somewhere between “PotAW” and “El Niño” in similarity. The technicality is somewhat repeating of their earlier stuff, as well is the melodic content. The last 5 years I have been missing the playfulness that colored Eldritch’s earlier catalogue. The productions have gotten better, but the melodies are not so memorable, neither is the instrumentation. Sadly, the same can be said about “Gaia’s Legacy”. Not only is the cover artwork the worst in the band’s career. The production appears worse than on the two last releases to me. The melodic content is derivative of their own work and appears unoriginal. As for the technical aspect, it is flawlessly performed as usual, though not in any way as compelling and innovative as they used to be.

I expect more of Eldritch, and I really wish them all the best and hope they can find back to the innovative playfulness they conveyed on their earlier albums. It might be a more mature band now, but maturity isn’t always gold. I say let loose your inner child Eldritch. Stop taking yourself too seriously and start experimenting again. I know you have it in you, though the inspiration seems to be running low lately. As for now you seem to be running on empty.