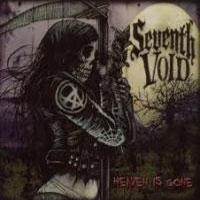 Johnny Kelly and Kenny Hickey from Type O Negative and Danzig partner up once again in this rather straight up slab of rock-influenced stoner doom. This simplistic approach is old-school and riff-driven, and the effects are hit and miss. There are times when Kelly & Hickey really tap a vein and manage to suck you in to their groove. Tracks five and six – "Killing You Slow" and "Slow Descent" are good examples of this, with crawling, oozing guitar lines and Hickey’s vocals working to best effect. However, there are too many times when the song-writing feels a bit thin and you remember their other acts were driven by uber-talented frontmen who took care of the bulk of the writing duties.

Although parts of this album are excellent, two things work against it. The first is the failure to achieve a consistent appeal throughout and the second is that the sound is a bit too rock orientated for my liking. It will probably secure them some airplay in the States but may well be a bit on the light side for European listeners.

Note: There are two covers to this album – one is a boring and unoriginal photo of an angelic statue and the other (my cover of the year 2010) is a beautifully inked skeletal biker/reaper chick in a graveyard, so if you are going to pick up this album I’d hold out for that one.

SPELLCASTER – Under The Spell