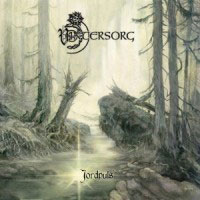 I had given up on Vintersorg years ago. I definitely didn’t think he would release anything even remotely comparable to his first albums ever again. I know that his last album "Solens Røtter" was hailed by some reviewers as the band’s comeback to their folk roots. These reviewers must either be too young to even have heard Vintersorg’s first albums, or too old and senile to remember just how good they were. I hold Vintersorg’s two first albums to be the best folk metal to ever be released, period. I also hold those two albums to be a different breed than Vintersorg’s later albums. This is why I now pronounce that, to my most pleasant surprise, Vintersorg is back. He has finally released his much awaited third album.

To be abundantly clear, this album is still eons away from "Till Fjells" and "Ödemarkens Son as far as the music goes. It is still quite progressive and not at all as straight forward as the case was with the two first albums. But I have given each and every Vintersorg album the benefit of the doubt and given them all considerable listening time. Where "Jordpuls" differs from later Vintersorg is that the melodic content is once more memorable. In the beginning I was suspecting yet another letdown, but it never came. Instead I found myself humming one song after the other as I was tending to my everyday crap. It is in the memorable material that "Jorpuls" is comparable to "Till Fjells" and "Ödemarkens Son".

Though the album still is progressive, as mentioned, there are indeed more folk elements in the music than has been the case since "Ödemarkens Son". I just feel it is in its place to underline that Vintersorg still isn’t quite what he was.  But a band without developments would be boring as well. It is different, but still it has a lot of the elements that I loved, and missed, with his two first albums. The fact of the matter is that "Jordpuls" is a damn fine album.

As far as instrumentation and production goes, you know what you’ll get from Vintersorg. But this is also the only trademark consistency the band has maintained throughout its catalogue. You either love it or despise it. The same goes for Vintersorg’s voice. As I am sure you all have realized I absolutely dig the man’s vocal performance. I am really pleased with this album. Since Mr. Vintersorg seem to be in a retro/folk kind of mood this year, perhaps it is about time he’d breathe some air into his fantastic side project Otyg, and finally release the mythical third album "Jävlen". One can only hope. For now I am more than satisfied with "Jordpuls".