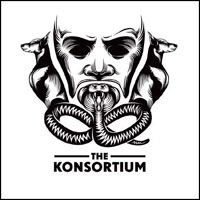 Sometimes, when the music is good and the sun shines and life is good, I’m here, in my life, thinking about the band’s music. Yes, I do listen to music almost all the time, except when I’m a work. And I’m thinking about why I should bother about those albums that do not reach the 6 out of 6 rating? In the Norwegians’ case I’m thinking about where the band could alter the songs to make them even better.

Could they have varied their stuff even more? Perhaps, but I’m sure that their slower moments would suffer from changing too much. I mean, it’s all about getting out the tunes, the emotions, the atmosphere without too much disturbing variation, right?
Could the sound have been clearer? Yes, of course. But somehow I think the album would’ve ended up being too nice. There are melodies that need to be held back by a dirtier approach to the listener.
Could the band vary the vocals a little less? Sure thing, but I think the almost schizophrenic vocal approach makes this an even better effort. At times the music is slightly straightforward, but for instance "Under The Black Flag" show that the vocalization can be an instrument, or in this case, instruments. A great, catchy track that is highlighted as my favourite, contains everything I like about extreme metal. The tempo is mostly mid-paced, the vocals are grim aside from the…, chorus perhaps. When they sing, "Let my people go…" I get goosebumps all over my body, and they just grow bigger and bigger for every listen.

The Konsortium is definitely original, despite the hints to Arcturus, Virus, Mayhem… There’s a driving force behind the music that can only be interpreted as being inspired by the Devil herself. Those blastbeats are perhaps not the band’s prime moments, but they do make the slower parts sound even deadlier. Just take a listen to "Decomposers", a slow monster that hypnotizes… In fact, it reminds me a bit of the mighty "My Death" from Mayhem’s "Chimera", even though the songs are not similar. It has to be the atmosphere… And finally, the last minute The Konsortium increases the tempo, with the result that you’re awaken from your dark slumber.

Extreme metal, black metal, dark metal… Whatever! The Konsortium have made something that stands out in today’s scene and it’s a grower. If I’d written words after two listens, it would’ve been a safe 4/6, but it’s a grower. There are still parts that I need to digest, especially those faster ones, like the first couple of minutes of "Knokkelsang". But all in all, "The Konsortium" is an album that makes me think that not all albums I listen to more than thrice, have to be 6 out of 6. In fact, there are several great ones that end up on the 5 rating. The Konsortium is one of those great ones.