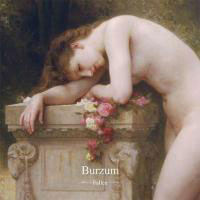 It would appear that not much changed in Varg Vikernes’ perception of Black Metal as an aesthetic force or as an art form during the interim years. It is certain that he does not have much to reference in Norway’s current climate, the likes of Dark Throne having parodied themselves to the point where the name and music stands for little today.

What’s the key? Is it the isolation that all those years in prison offered him? Or is it simply that he meant what he said in the early 90’s for life rather than for as long as he lived with his folks? I would hazard a guess that both of these factors have played their part in making both Burzum’s comeback albums things that should make his former contemporaries feel somewhat shamed and exposed.

Like “Belus” was in 2010, an album that reminded folk it was possible to deliver the goods on a musical and aesthetic level. “Fallen” is an album that continues much along the same path with some expansion. Whether you were on board or not, the Norwegian Black Metal scene of the early 1990’s was unquestionable in it’s vitality, it’s validity and it’s basic value. It shook foundations so vehemently that people touched by it still feel aftershocks almost twenty years later. It showed us that it was just fine to play Extreme Metal and not fit it nicely with the Eurovision crowd. At least then.

Whether Vikernes is a stubborn old mule or whether the process of Norwegian Black Metal losing it’s grip just passed him by is hard to say but it’s certain that whatever the reason we should be thankful there seems to be someone who still knows how to do this.

I have heard reports of “Fallen” being preferred by some over “Belus” and I have heard the opposite but both seem to be revered more or less equally. Both are fine albums, engaging and genuine. “Jeg Faller” as an opener shows a riffing style that immediately sets a tone similar to “Belus”, not that the references towards last years offering are meant to highlight both discs being clones of the other, quite the opposite seeing as “Belus” was such a pleasing album, rather I feel that these albums could have sat well together if they had been released in one set as a double album, though it is better that they come as separate entities. Immediately Vikernes’ clean vocal sounds more at ease and that bit more confident, setting the mood of the song brilliantly. “Valen” is close to ten minutes in length led by a riff that embraces an almost Rock format and is punctuated by strong hooks in both guitar and vocal melodies. Never quite foreboding or cold in feeling the track does, however, embody that aesthetic mentioned in an almost timid way. This song in particular shows me how one can take the old feeling of Black Metal having let it flow through a natural evolution so that it can still mean something today. I feel it also highlights how the old guard of the Norwegian scene have truly failed to retain that very spirit.

On “Belus” the faster moments fell behind those that were build more on atmosphere and flow, third track proper here “Vanvidd” sets the balance more evenly, possibly due to a breath taking pattern of riffs making the song’s core. Whilst the harsher Vikernes’ vocals are notable for having less primeval bite than the old days, a fact has been a bone of some contention for long time fans in that they have missed that desperation that was his roar of old, personally I applaud the man for leaving behind something that was such a strong characteristic of the Burzum sound and his vocal identity in order to deliver what he felt was more in tune with where he is today and certainly that which he felt the music demanded.

Another fantastic album from a band many thought would never be releasing music of this sort again and one that shows just how wonderful music can be when all the bullshit, the cosmetics and ego gratification is left out of the mix.