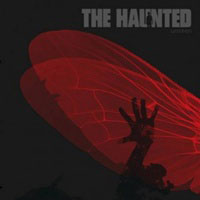 I must admit to never having been a big fan of The Haunted. Still, I have been aware of them enough to be surprised by the bands recent development. The hardcore style making these Swedes infamous, in Norway at least, is now all replaced by a sleek, melodic and more mature sound. The Haunted that stands before you today could best be described as modern melodic metal. There is definitely an American feel to this album. If comparing, I would say it is not too far from Killswitch Engage, Bullet for my Valentine or Five Finger Death Punch.

I am sure this transformation is the worst nightmare for old school fans of the band, but on the other hand I am sure The Haunted will also be accessible to a whole new crowd. It is hard to grade this album though. Easily dismissed as a sellout commercialization, there is no denying the quality and maturity presented on Unseen. I feel a bit like when Metallica released Load. It is without a doubt a great album, but the transformation of the band is so far from what they used to be, that it maybe should have been released under another band name.

On the other hand, shouldn’t any band have the choice to develop in what direction they please? As long as the quality is there I say, too bad for the old fans, but not every band is comfortable creating the same album over and over. The quality is undoubtedly there on Unseen. The album is semi-progressive at times and should apply to fans of the previously mentioned bands as well as to fans of Tool, Coheed and Cambria or even Avenged Sevenfold. I quite enjoyed Unseen. Bu then again, I never really was the biggest fan of the band in the first place.