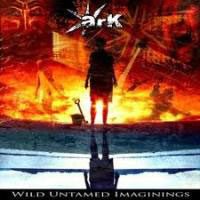 Consisting of members from Arena, Frost* and IQ I had high expectations for this one. The letdown was therefore equally hard. What should have been a promising progrock endeavour is nothing but embarrassing from start to end.

First of all, the production is terrible. The sound is not consistent from song to song, but mostly it sounds “boxy” and like the musicians is really far away. Secondly, the melodies are uninspired and appear to be progrock knockoffs coupled with elements from Britpop. Yuck.

To be fair, the band does play their instruments well, and I do appreciate the utilization of classic prog instruments such as flute and melotron. There are some interesting solos and instrumental parts on the album.  But the singer causes some problems for me as well. The feel in his voice is more annoying than unique to me. Sometimes there appears to be some Collins/Gabriel stuff going on as far as vocal style goes, but this is mere bleak copies.

I know that this is neo-prog, trying to couple elements from classic progressive rock with some more contemporary elements, but in this case it just doesn’t work for me. It is amazing that members from IQ and Frost* would agree to let this go in the press. If you want excellent progressive rock I suggest you go for the other bands I have mentioned in this review, cause Ark just doesn’t cut it.