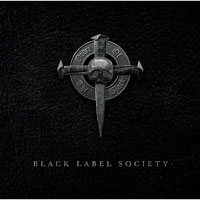 Remember the days when a fresh faced young man with flowing blond locks that doubtlessly made Debbie and all the other cheerleaders swoon? Remember the flared jeans? The bullseye Les Paul? All these years later and Zakk Wylde is still here. In somewhat of a critical Elysium due to endless back slaps he has received for his Black Label Society project.

So what’s this? Album eight? I believe it is.

First week sales figures in the US sent this bad boy in at number four. That’s right, number f-o-u-r. One higher than five. Two higher than six. Pretty mad? What does this show us? Well folks in my, always humbled, opinion this is almost like a case study for that age old saying (the one borrowed by Machine Head, just wanted to point out that I was actually aware) ‘The more things change…..’. Album sales are dropping faster than Rob Halford was dropping hints around the time of “Turbo”. We all know this. The result? The pretenders have upped stakes and departed for download city whilst the true music lovers remain? Yes?

“Order Of The Black”, I feel, is proof that this theory is very wrong. I can explain, this makes me feel smart. If something as average, as uninspired and as middle of the road as this can be the fourth best selling album in one week in the world’s largest market then not much has changed since the days when songs about hot dog flavoured milk sold eighty bazillion copies in three milliseconds. See? The more things change…… Who’s a clever boy? Gosh, should I raise my hand?

“Order Of The Black” is an album, I’ll give it that… I do think I am a pretty fair bloke. It is also the sorta abomination that does more damage to the general opinion of Heavy Metal/Hard Rock than a million suicides brought on by a million subliminal messages, than a million churches burned by long haired arsonists. Seriously. Joe Public hears this and no longer sees us lot as mysterious or dangerous, he sees us as more A4 than photocopy paper. That’s not good, is it? I believe not. If this is Metal, then surely it is Soccer Dad Metal.

Falling album sales have been mentioned above. The result is that bands of Black Label Socity’s ilk most probably make quite a bit more money from touring than they do from albums sales. At least compared to ten, fifteen or twenty years ago (whether they were around fifteen or twenty years ago is not relevant… …pretend). It has been mentioned by some blatant cynics that maybe some bands, bands with a name already established, will release ‘products’ with less heart than "The Tin Man" purely so they have an excuse to tour, make some greenbacks and buy their kids new soccer gear. “Absolute bullshit” I would have protested, my faith in music driving me to refuse to believe such a thing.

The signs were there I suppose.

Wylde is the kinda feller who probably voted for Bush and thought it was cute that he (Bush) read a book about dinosaurs being a soviet invention whilst the CIA…, I mean, whilst the Taliban flew planes into the twin towers. The clincher should have been “In This River”, his ballad tribute to Dimebag Darrell. If you’ve not seen this ‘thing’ I cannot recommend it enough. I’ll not go into detail apart from to say that if Dimebag Darrell was not already dead and somehow saw this, he would wish himself very much dead. It is neck and neck with Iced Earth’s “When The Eagle Cries” as Rock music’s most embarrassing moment.

Am I going off topic? Sorry. I suppose specifics would give a better idea of why this album is simply so poor? Well, OK…., for the sake of keeping things simple (funny) let’s say the album is made up of rockers and ballads. The rockers tend to have variations on one old Pantera riff, tend to be mid paced, are mostly three to four minutes long, have Wylde adding mind numbing double layered vocals that have no sense of dynamics or pace and all sound the same. The ballads add the sensitive side to the platter. Of the thirteen songs on here, I would guess that fourteen are ballads. These ballads tend to have piano (tough guys have feelings too), they tend to be variations on some old Michael Bolton tear jerker, tend to have Wylde’s mind numbing vocals with a pinch of sensitivity (most probably picked up from watching Oprah’s show about how owning a motorbike and crying when your parrot dies does not make you gay. Necessarily) and they all sound the same.

In summary: This album is very, very poor.

DEICIDE – To Hell With God