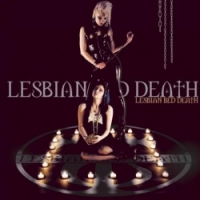 Lesbian Bed Death, originally a sociological term coined by Pepper Schwartz in the 80’s to explain why lesbian couples have less sex than hetrosexual couples, now a fast paced, hard rocking tornado of energy from Stoke-on-Trent. With a start that would kick-start even the most paralyzed rock’n’roller into overdrive, Lesbian Bed Death’s D"esigned By The Devil, Powered By The Dead" gets a magnificent beginning with the title track of the album. A track with great paramount which offers a sneak-peak at the potential that rest within the remainder of the album.

The album keeps delivering catchy, easy to like rock that despite an overflowing discography within the genre of rock music it sounds surprisingly original, perhaps the reason for this is due to the timed screetching of Kittie Racchea. At first it seemed like her voice didn’t fit rock but as the album went on it seemed that her voice became more and more adjusted to the soft suiting strings of rock’n’roll that the album delivers. Her vocals really finds their true calling on the albums longest track "Without A Sound", a slow paced ballad. It works as the best contrast to the opening track and it is carried out with an enormous amount of skill so rather than becoming a weakness, a slow point of the album it delivers one of the albums biggest highlights.

After slowing the heart rate on "Without A Sound" they charge up the paddles for another round of fast paced rock’n’roll, this time with "Mr. Nastytime". "Sin When You’re Winning", containing a riff that easily reminds a well educated rocker of AC/DC and Airbourne. Yet another highlight of the album, this hellraiser of damnation is sure to persuade anyone that this album is worth every penny to buy.