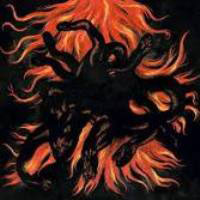 I should state right from the outset that I came to this review already believing Deathspell Omega to be the most interesting, innovative and important act currently putting out music under the banner of Black Metal. They have consistently released high quality material that challenges the boundaries of the genre and remains true to the spirit and form of our favorite dark musical art. They have had praise heaped on them from all quarters and for once, here is a band that is actually worthy of the hype.

You might be forgiven for thinking then, that a high score for this release was a foregone conclusion. Not so. I have had my problems with some of their recent output. I found “Fas” to be overly obtuse, and some of the shorter releases to be impenetrable and over complicated. I much prefer the more direct approach of earlier work such as the mighty “Si Monumentum Requires…”, the first in the musical trilogy that “Paracletus” brings to a close.

It is obvious from the opening bars that “Paracletus” is more accessible than its predecessor, the critically acclaimed “Fas”. Yes, we have the trademark chaotic, swirling energy that was found in recent releases, but the structures are more focused than ever, making each song more powerful, memorable and arresting than any the band have done before. Like the songwriting, the production is perfectly balanced – tight and modern, yet still possessing the dark and dirty spirit of old school BM. Subtle time changes, crushing bass lines, mesmerizing riffs and Mikko’s raw, pain-filled vocals ensure that every song grabs you by the throat and drags you into the breath-taking labyrinth that is “Paracletus”. While each track works eminently well on an individual level, they are better listened to in the context of the album, where each idea, motif and mood is carried forward and developed in the way that Deathspell Omega do so well. Before you know it, the chords of the final track are dying away and you have that grim moment of emptiness as you lunge for the play button. This is not a world you will want to leave.

“Paracletus” is easily the album of the year and the best thing Deathspell Omega have done to date. Even more amazing is the pervasive feeling that the band are tapping into a more potent creative reservoir than ever before and have still not reached their potential, even with this momentous release. Not an album you should miss.