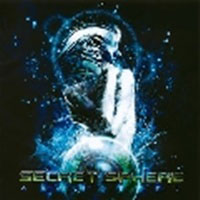 Italian power metal sextet who certainly live in the happy multi-tracked, fast tempo world with this sixth record Archetype. Early on in their career they certainly took on a lot of the qualities that made Rhapsody and Labyrinth stars – a high pitched vocal presence, symphonic elements through the keyboard play as well precise, stirring arrangements focused on pirate-sized riff hooks or easy to grasp melodies perfect for crowd participation. Slowly they’ve maintained their stake to create viable songs that can be called their own – as I think they allow their guitarists to have a metal overtone while the keyboards pulsate in that Italian dance meets classical mode.

Archetype contains a lot of the songs you would expect from a veteran band- the speedier fare that you know will get the air guitars and hair windmills whirling about such as “Death From Above” and the closing title track, the mid-tempo breathers where the multi-tracked chorus parts carry the weight of the song such as “Line On Fire” or “More Than Myself” and then songs that just focus on being closer to 80’s Hollywood hard rock such as “Mister Sin” that has more in common with current Edguy meets older Helloween. For the European release you also get two bonus tracks – an acoustic original “Vertigo” plus their interpretation of the international pop dance track “The Look” made famous by Swedish duo Roxette oh so many years ago.

I do think Secret Sphere have the right balance between spirited musician interplay while also writing compact material where the song remains king of focus. It’s easy to hear why they’ve endeared themselves with ardent happy power metal followers – and yet still lurk in the shadows of their influential inspirational mentors.

Maybe Archetype can change that, if you love the Return To Heaven Denied albums, this one may intrigue you.

KATRA – Out Of The Ashes