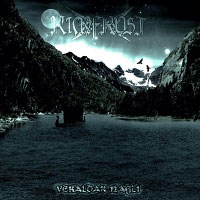 Muddy production, reminding me of mid-1990’s Abyss studios releases meets obvious Immortal worship with vocals as on the first couple of Amon Amarth releases.Amon Amarth have (had) more energy, masculinity, brutality and Immortal are Gods.

Imitation is a form of flattery, but there is a difference between reverence and plagiarism. Let’s look at “Raventhrone” as the prime example. Not only is the title so obviously Immortal, some parts sound straightforwardly lifted from “At the Heart of Winter” and… well, if they were to perform as a cover band, I’d watch them (hoping they would sound better than on the album)…