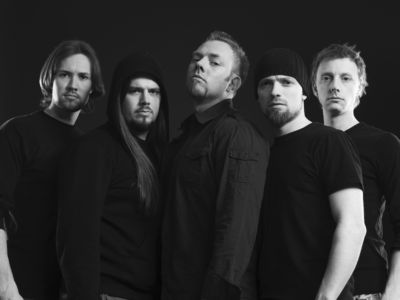 "It's been a while, but for the last 9 months we have been preparing a new album for you and now it is finally DONE!!

The name of the album is 'Isolate' and has this dark approach to it, although we have of course still kept the melodic touch that CIRCUS MAXIMUS is all about. The album ended up being a concept-album although that was never the intention, but as the songs and the lyrics went along the story just added itself.

To make it short … The story is about how much you can loose until you go completely mad, and how much have lost when insanity finally embraces you. It's really up to the listener (and reader …) to interpret the story themselves, because it can be understood in different ways and we don't want to spoil the surprise…

There's one instrumental among the 9 songs, 1 real epic tune clocking in at almost 13 minutes as well as another 9 minute tune.

The release date is settled in Europe on August 31 2007 on Frontiers Records (Bonnier Amigo/Zink Music).

In the meanwhile the band has announced the following Festival gigs:

NIGHTWISH tilbake til Norge i desember