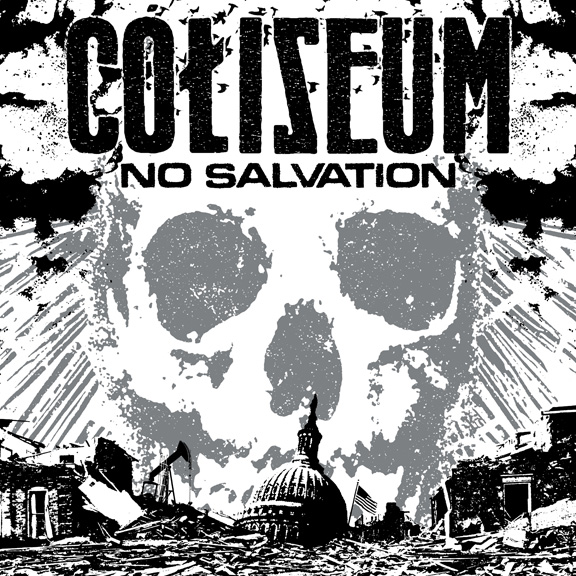 Louisville, KY's COLISEUM are currently wrapping things up in Godcity Studios in Salem, MA where they have been hard at work recording their Relapse debut entitled No Salvation.

COLISEUM's guitarist / vocalist Ryan Patterson checks-in with: "Things are going great…The songs are so much heavier and epic and nearly every song is an anthem. It is coming out so well and Kurt's (Ballou) input as producer has been invaluable. "

No Salvation will have a late Summer release date with advance song titles including: "The Fate Of Men", "Believer", "Seven Cities", "No Benefit", "Fall Of The Pigs", "Funeral Line", and "Interceptor." The album art for No Salvation was designed by Patterson / Auxiliary Design and can be previewed here <http://www.relapse.com/preview/coliseum_nosalvation.jpg> .

Updated info on COLISEUM can be found via http://www.myspace.com/coliseum or http://coliseumsoundsystem.com.