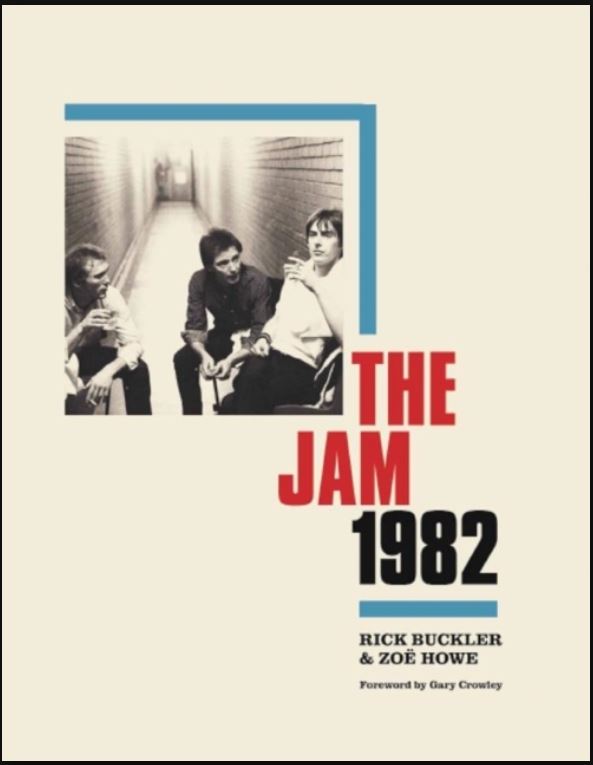 What a marvelous piece of work this visually stunning book on that tumultuous yet highly productive year in The Jam’s life that was 1982 is. That was the fateful year when front man Paul Weller decided to lay The Jam to rest following an intensely creative spell from 1977 to late summer 1982, which was shocking news to his fellow band mates, the fans, the label, the management, and literally everyone else in the three gentlemen’s orbit.

With the diverse LP titled The Gift under their belt and some exhilarating live shows throughout the year, one could argue that the legendary act went out on a high. This beautiful hardback is an arresting and insightful study of the group’s day-to-day life and activities in 1982 and offers a fairly balanced point of view of what exactly went down and how the end of the outfit came about. Drummer Rick Buckler primarily narrates the story but countless testimonies and recollections from record producers, photographers, fans, and others closely associated with The Jam are interjected into the conversation too, which makes for an enlightening and reflective read. The photos included are worth the price of the book alone and are absolutely stunning regardless of whether they show the band in full flight on stage, backstage, at restaurants, in the privacy of their hotel rooms, or on the tour bus.

Easy to digest yet thought-provoking and rich in detail, this one comes highly recommended to both fans and casual listeners of the much-missed (and musically fierce) three-piece that carved out a unique musical niche of its own. Simply put, The Jam 1982 is quality literature that is impossible to put down, and each page contains something to be savored. Impressive and essential.

ARC OF LIFE – Don’t Look Down