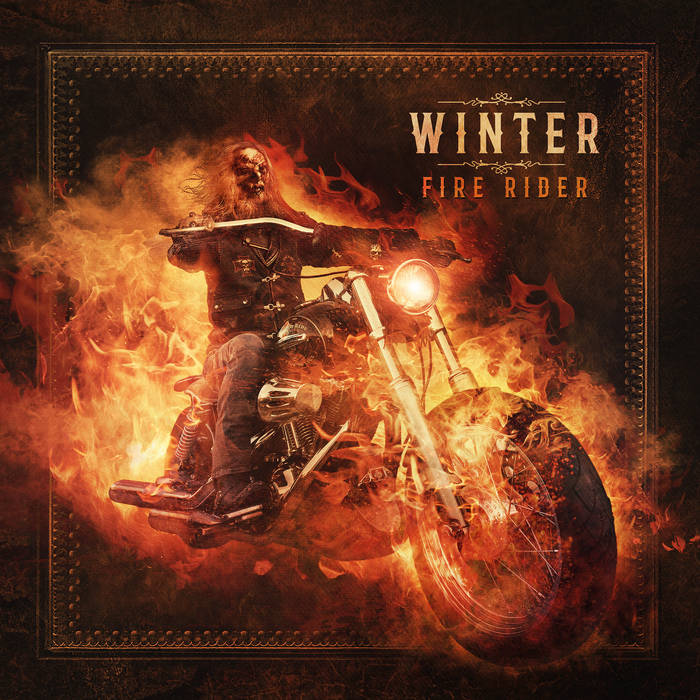 I was quite taken with Winter’s atmospheric and moving Looking Back compilation CD, which was released earlier this year and consisted of reworked and re-recorded tunes, but this latest output, Fire Rider is a frustratingly mixed bag in terms of cohesiveness and quality. It incorporates ideas and influences from hard rock, heavy metal, and goth rock among other things, but somehow it just fails to gel or move seamlessly from one part to the next. The production also leaves something to be desired due to the flat sound of the drums and the lack of punch to the guitars. Having said all of that, the latter half of the album contains some decent cuts in the shape of ‘I Want It Black’, ‘Lost in the Ice’, and ‘Can’t Hold Back the Tears’ thanks to the vocals and melodies being much melancholier and more emotive here, almost as if they lean more toward the gothic rock spectrum than the others. A number of strong riffs and hooks present themselves in those particular pieces too, so yeah, there are interesting things to be discovered here in case you were wondering.

Fire Rider simply lacks the ability to captivate the listener and truly suck you in, and with more than half the record consisting of either mediocre or outright uneventful tunes, it all feels like a bit of a wasted effort and an unremarkable listening experience. I would take the aforementioned Looking Back retrospective any day over this new offering.