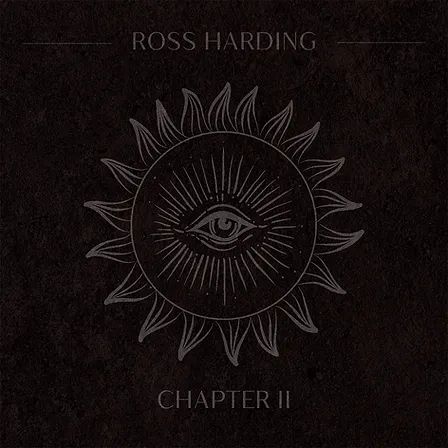 RELEASE YEAR:  2022
BAND URL: https://linktr.ee/rossharding
AUTHOR: Asher Locketz
South African Rock Singer-Songwriter Ross Harding is back with his new EP ‘Chapter II’ and music video for ‘Black Sun Blues’. Recorded at Audio Nebula Studios, Ross worked hard during 2022 with producer Byron Muller to bring to live a commanding track reminiscent of the classic rock, grunge & blues artists of the past; potently fuelled by a blues-rooted consciousness that’s emotive, moving, and original. Mixed by Byron Muller and mastered by Rogan Kelsey.
Today, November 4th is also the release day of a new music video for the song “Black Sun Blues”
Our most recent collaborator, Asher Locketz has written a nice review about the EP that is being released today and below is how he perceives this beautiful piece of music:

On his new EP ‘Chapter II’, renowned South African Rock Singer-Songwriter Ross Harding offers forth an immaculately constructed platter of Grunge infused Blues Rock that is as glossy as it is gritty. Featuring the arresting singles “Love & Time” and “Fire Away”, this sinuous, scintillating, and stellar five-track compendium acts as a thematic exploration of concepts that are rooted in spirituality, psychology, self-development, and growth.

Beginning with the darkly glowing heft and swagger of “Black Sun Blues” a song that mines the concept of duality and balance one is treated to a propulsive piece of smouldering song-craft that bristles with the breeze of the prairie and the rhythms of Louisiana swamps as shuffling drums, jangling guitars, beatific bass and of course Ross Harding’s robust vocals take centre stage in the proceedings. As Ross opines “I am the sinner, I am the saint’’ his conviction is ironclad. “Black Sun Blues” is also the first track off this release to be complemented with an atmospheric music video that fits its sonic narrative like a glove. 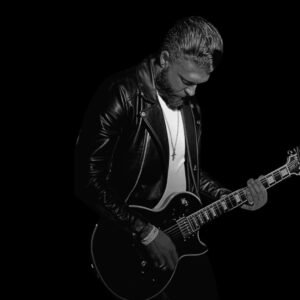 The boogey-and-blissful bluster of track number two “Blood And Bones” is undercut with the sorrowful and soaring vocals of Ross Harding. Threaded through with metaphor and built upon a rousing chorus, this melancholic and mighty track bristles with emotive heft, existing as a paean to that which is greater than the mortal coil.

“Love & Time” is a sparkling track that straddles the divide between heart wrenching ballad and ballsy rocker with aptitude and aplomb. This heavenly slice of serpentine sonic bliss will hold you captive within its embrace for the entirety of its runtime.

The fierce, festive and arena ready Blues Rock beast that is “Fire Away” is utterly mesmerising. With a propulsive verse and crowd-pleasing chorus this catchy and corrosive song is a euphoric statement that is the audio equivalent to a heat seeking missile.

Track number five, the languid and meditative “Let It Go ll (Return)” will have you in a state of reverie as its warm froth of sweltering melodies, soulful vocals and meandering rhythms wash over you like molasses.

‘Chapter II’ is a stellar collection of luminous songs that harness the earthy grit of Blues, the flannel shirted flare of Grunge and the Black leather clad abandon of barnstorming Southern Rock in a manner that will leave you reeling in a state of bliss.

“A darker, more Rock ‘n’ Roll take on the traditional 12 Bar Blues. It’s a song about paradox – light and dark, good and evil, order and chaos, constantly at war with each other to find balance.”

“The attempt to transcend our physical self, shed our “blood and bones’’ becoming something greater – into the realm of spirit and the divine.”

“Diving into chaos headfirst in order to come out the other side as changed for the greater good.”

“A kind of melancholy slow blues song. This is actually my second time recording this tune. Lyrically inspired by Freud and Jung, with themes of the shadow self, alchemy and the doomed search for immortality, finally reaching acceptance of one’s mortality.”