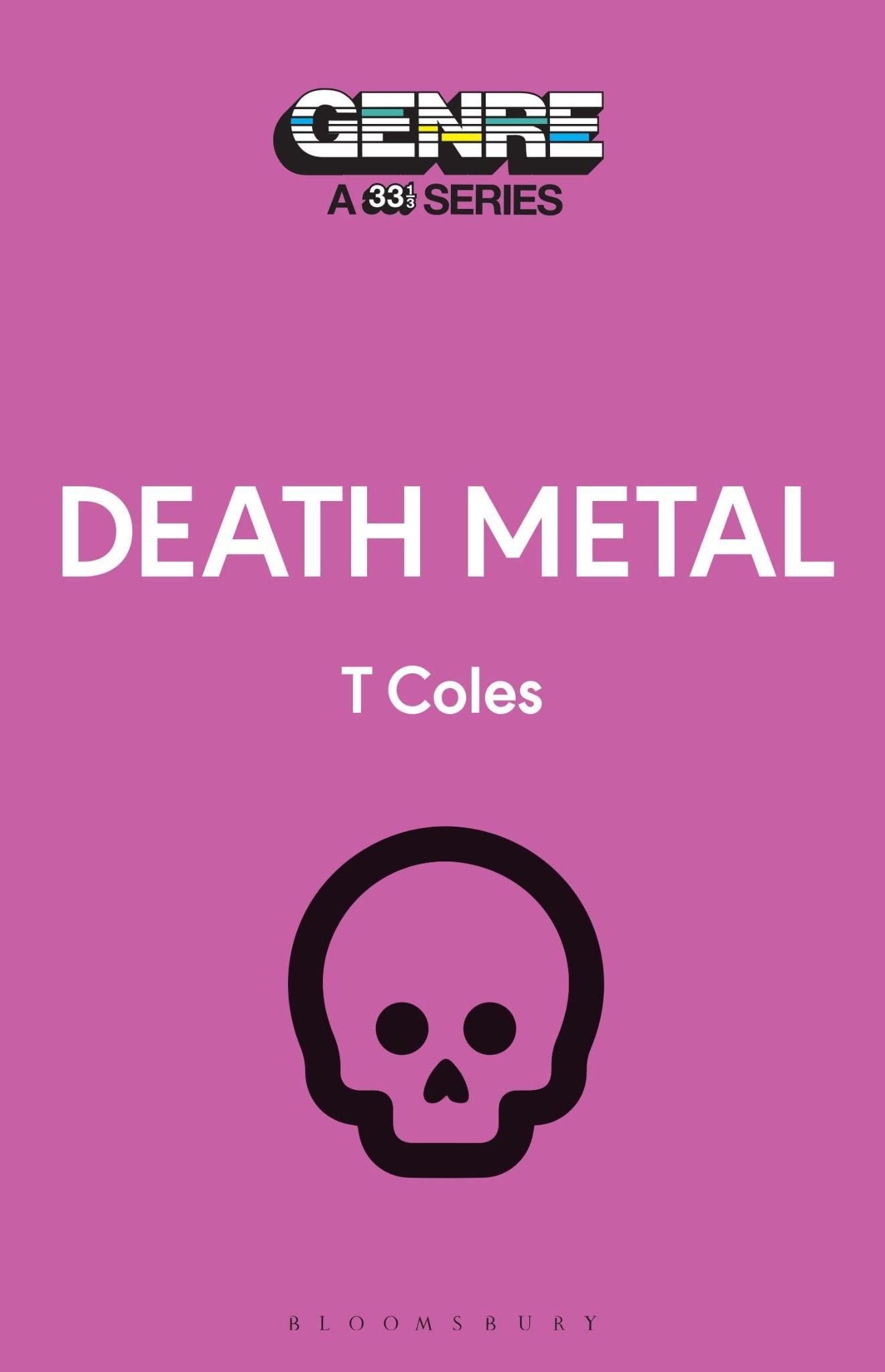 ‘DEATH METAL’ book by T.Coles to be released in November

Author and musician T Coles is releasing their first book, Death Metal, on November 19th. Part of Bloomsbury’s 33 1/3 series, the book explores the roots of the genre, from the early stirrings in the 80s to present-day bands like Venom Prison and Cryptic Shift, with some detours to look at grindcore, controversies, and the earliest examples of the death growl in medieval music.

Over the past year over 30 musicians, journalists, and academics were interviewed to tell this story in full. These include Tomas Lindberg (At The Gates), Chris Reifert (Autopsy, Death), Brian Slagel (Metal Blade Records), journalists such as Kim Kelly (Noisey, Teen Vogue), and academics like Keith Kahn-Harris, author of Extreme Metal: Music and Culture on the Edge.

Why does anyone like death metal? What is it? Why does it still exist? These are all questions tackled in the book, which goes beyond a simple retelling of the history to discuss the magic of death metal. Written for anyone to be able to pick up regardless of their background knowledge, established metal fans will find much to enjoy, from exclusive conversations with prominent scene members to discussions on why the death growl works so well when singing about death.

T Coles has written for Terrorizer, The Quietus, Zero Tolerance and Cvlt Nation, and plays drums for alt-metal band Sail. Speaking about the book, they noted:

“Getting into death metal was a real turning point for my music taste as a teenager, and led me to all kinds of heavy and experimental music. It was also the first time I struggled to explain what I liked about a musical genre – why did Cannibal Corpse appeal to me? Why does a death growl sometimes cut it more than traditional singing? Wanting to pick this apart led me to write this book and explore these questions with some people who were there at the very start.

It was a real honour to work on this project over the past few years, interviewing some heroes, working with a fantastic publisher, and talking to a lot of people behind the scenes of metal. I’m very excited to see people’s reactions.”

A launch event is planned for November 19th in Bristol’s Waterstones, with a talk from metal studies academic David Burke and a live performance from sludge/ noise/ grindcore band Wallowing.

More information on the event can be found here: https://www.waterstones.com/events/death-metal-book-launch/bristol-galleries

The blurb for the book is as follows:

Steeped in foreboding mythology, the dark underbelly of heavy metal ignites debate to this day. Guitars playing abrasive, discordant riffs, the thunderous double-kick of the drums acting like an accelerated heartbeat, and porcine, guttural vocals pummeling twisted lyrics. Courting controversy from inception to its modern day iteration, death metal presents a number of contradictions: Driven and adventurous musicians compete to make uncomfortable noises; it is crude and far beyond parody and yet consistently popular; and the music is pig-headedly uncommercial despite making a few labels, albeit briefly, wealthy.

This book explores the history and methodology of the genre, charting its aims and intentions, its crossovers to the mainstream, successes and failures, and tracks how it developed from the bedrooms of Birmingham and Florida to the near-mainstream, to the murky cult status it enjoys today.