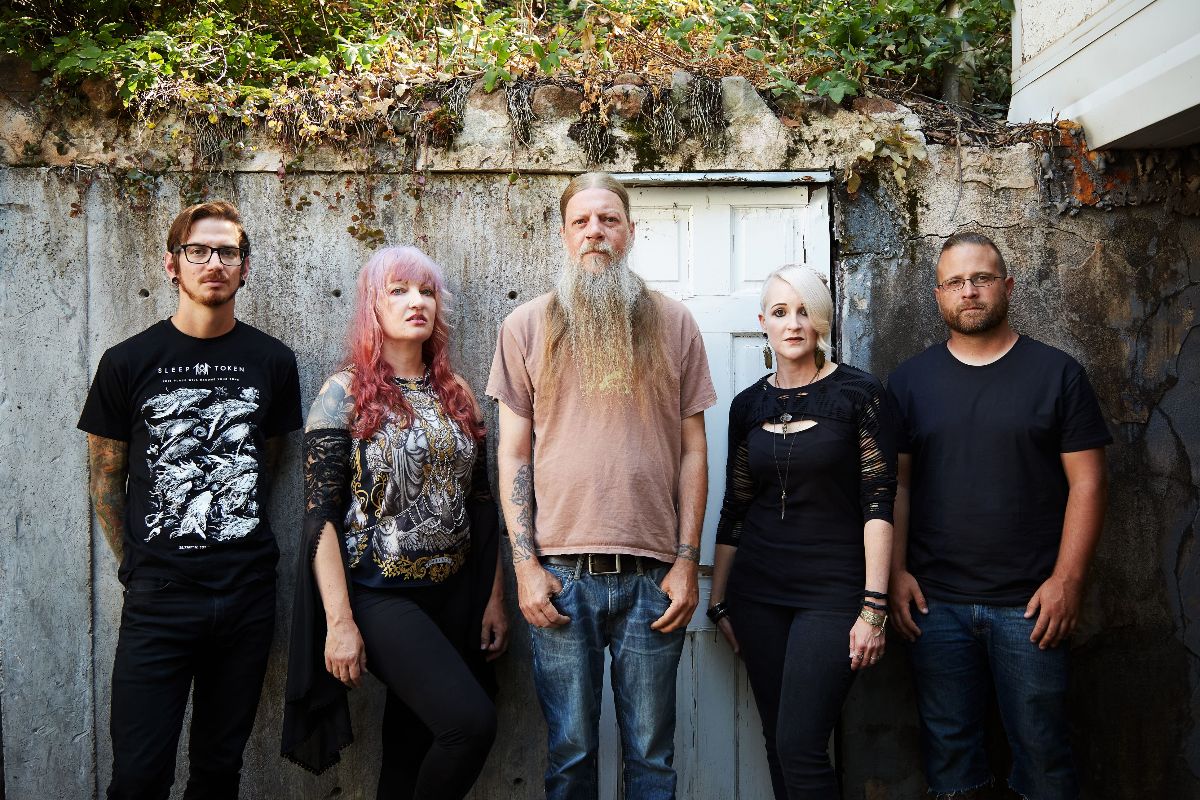 Rising from the ashes of Salt Lake City’s beloved avant-garde and symphonic doom juggernauts SubRosa comes THE OTOLITH, who will release their debut album “Folium Limina” on October 21st through Blues Funeral Recordings.  First single “Sing No Coda” is available on all streaming platforms, with album preorders now online!

When SubRosa announced its breakup in 2019, the heavy music community felt the loss of their uniquely elegant and intensely heavy atmospheric doom devotionals. Rather than wonder what velvet darkness might still await, however, SubRosa’s Kim Cordray, Levi Hanna, Andy Patterson and Sarah Pendleton swiftly emerged as a new entity called the Otolith, with the addition of Matt Brotherton on bass. Following the same muse of cataclysmic melancholy, THE OTOLITH is ready to shepherd their highly anticipated debut double LP “Folium Limina” into the world, first as part of Blues Funeral Recordings’ revered PostWax Vol. II series*, then in a standalone edition available worldwide.

SubRosa created a compulsive, absorbing fusion of towering doom and uplifting, symphonic instrumentation. If anything, The Otolith has elevated this approach with wider atmospherics and even greater extremes of brutality and delicate melody. It’s harshly, cathartically, hauntingly beautiful.

Drawing no line between beauty and doom, THE OTOLITH‘s debut album reveals the musical mutations and mystical wanderings of a soul, scanning the edges of the known universe through cracked glass. Ghostly symphonic strings interlace with crushing bass, guitar and percussion; voices conduct signals across time and space to arrive through cosmic storms at a sea of liquid stars.

Or watch it here

Of the epic album opener, violinist and vocalist Sarah Pendleton says: “The riffs for Sing No Coda were cooking in our cauldron for a while, but it wasn’t until after we had weathered 2020 that I started to write the lyrics. I developed a strange, intense hypochondria throughout that year, and I know a few others who did as well. It became maddening, trying to discern fear from reality. But far worse was the loneliness, feeling like the most important relationships and friendships were stretching thin and growing tattered, and there was nothing I could do to stop it. Now that the world is (mostly) out of the woods and we are seeing faces and traveling and playing again, it is massively cathartic to sing those words: Sing no coda, by the stream. Instead, my friends, wait, wait for me!“.

The overpowering feeling that emanates from the album’s tar-thick hymns is a stirring combination of exhaustion and determination as if THE OTOLITH took Samuel Beckett’s words to heart: “I can’t go on, I’ll go on.” Every wrenching emotion across the hour-long journey is honest and hard-earned, and you can feel the band digging deep to find a catharsis of collective release. The world is a heavy place, and sometimes it’s good to sit with an old friend and pick up where you left off. With “Folium Limina”, The Otolith invite you to bring your burden and find it lightened – even a little – through the cleansing ritual of richly mournful atmospheric metal. 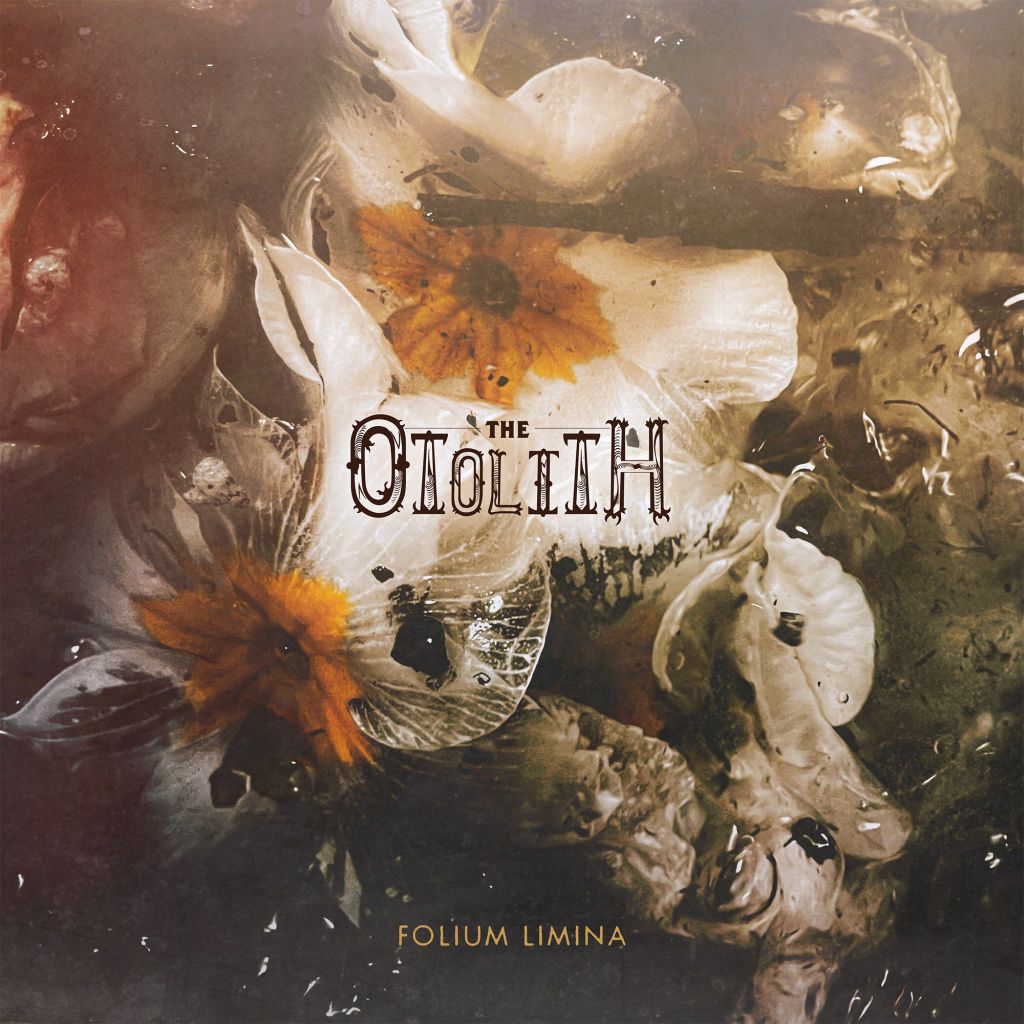 Given the band members’ shared history within Salt Lake City’s revered avant-garde doom unit SubRosa, it’s no surprise that THE OTOLITH‘s “Folium Limina” is both a continuation of an existing musical conversation and a herald of something entirely new. The album’s six songs are devastatingly heavy, but the band gives equal attention to speaker-rupturing riffs and to dark, immersive atmospheres. Levi Hanna’s guitar and bass steer the ship in a thick, rumbling tandem, while Kim Cordray’s and Sarah Pendleton’s violins push from the center out, sometimes painting the canvas with sharp, melodic leads and others sawing deep into parallel riffing. Andy Patterson’s drums are thunderous and thoughtful, and when the band hits a huge, all- hands-on-deck downbeat, it feels like a mountain tumbling into the hungry sea.

Those who loved SubRosa will find a familiar face of heaviness in THE OTOLITH, but with a more pronounced emphasis on darkwave and neofolk, calling to mind Amber Asylum or Worm Ouroborus. Cordray’s and Pendleton’s vocals are often a lilting dance or somber incantation in close harmony, while Hanna’s bellowing roar is used sparingly but to towering effect. Although the interwoven strings and vocals rush along with graceful intricacy, The Otolith’s primary approach is full-stop heaviness, and they will rattle our bones with the earth-churning tumult of Neurosis as well as the meditative trance of Om.

Readying their live configuration with the addition of Matt Brotherton on bass and preparing to appear at this year’s Monolith on the Mesa festival in Taos, New Mexico, THE OTOLITH will release “Folium Limina” on October 21st, 2022 via the purveyors of immaculate heaviness at Blues Funeral Recordings.