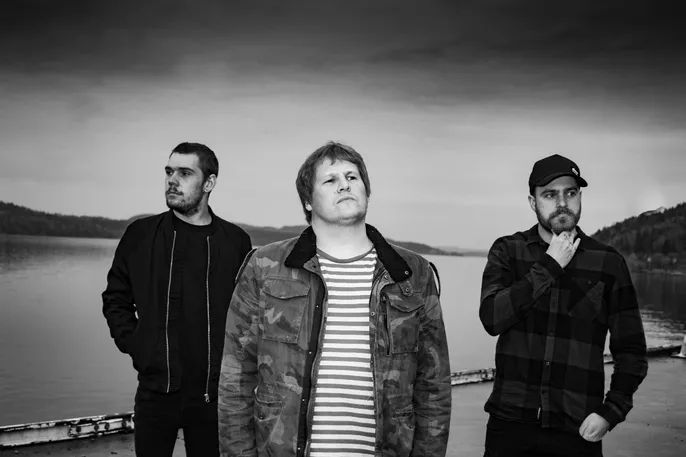 ‘Norwegian punk rock/hardcore trio Freedumb is back from the Covid hiatus, with the new album “Social Hangover” on Fucking North Pole Records. “Social Hangover” is Freedumb’s most varied to this date and musically spanning from hardcore with black metal elements to more melodic punk rock. The production team from Post-Modern Dark Age from Hans Tømmerholen is strengthen with co-producer Bjarte Lund Rolland (Kvelertak) who helped to pick out the songs from the album and work with the arrangements in pre productions. Artwork by SBAM (NOFX, Pennywise, Fat Wreck).

Freedumb was started in Moss, Østfold in 2003 by Torstein Eriksen (Norsk Råkk, Friksjon) Ole Vanem (Knuste Ruter, Hevn) Thomas Walland Hansen (The Supervisors) and the debut album “The Freedumb Curse” was released on Tonehjulet Kräftpest in 2010. In 2011 Walland Hansen quit the band and Kim Trøbråten (FORK) replaced him as the guitarist. “Feeding The Tapeworm” came out in 2016 and was supported by a comprehensive tour and Ole Vanem quit the band at the end of the tour. In 2017 Moss local Petter Cindahl (Bits Between, Your Epitaph) was recruited as new drummer and the band started the recording sessions for “Post-Modern Dark Age”.

In October 2017 the band got the shocking news of Petter Cindahl passing and Freedumb was put on hold. In 2018 Freedumb and producer Hans Tømmerholen (also Bits Between) resumed the recording sessions and finished the album which was released by Big Day Records in September 2019. Arne-Magnus Fjelle (Blodstrupmoen) joined the band in 2018 and Freedumb started working on new songs ideas which would materialize as the “Social Hanover” album in 2022.