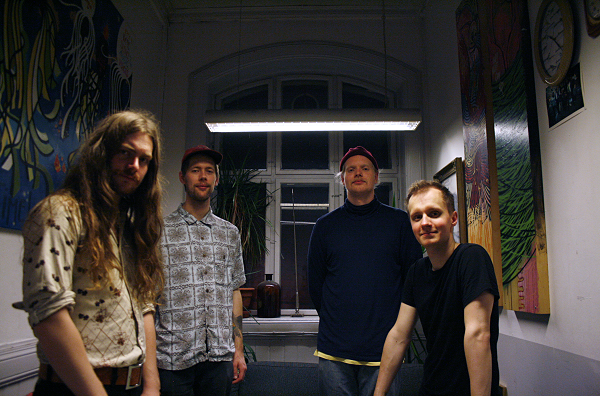 Having learned their craft at the Jazz Conservatory in Trondheim, WIZRD have completed work on their new album “Seasons”, and Karisma Records have today released the track “Lessons” from the album.

“Lessons” is somewhat the quintessential WIZRD song, at least for me. It is a good representation of what we intend to do on this album, mixing progressive and improvisational elements with rock & pop sensibilities. The lyrics are about the New Age movement, and the fact that I find it rather silly. I’m kind of just making fun of it all, comparing yoga to a sacrificing ritual for Satan. With that said, I practice yoga sometimes myself, so I guess that makes me a demon worshipper.. Oh well, why not! Hail Satan!

“Seasons”  itself, is set for release on the 21st October, and showcases how WIZRD are more than happy to test their limits with a sound that encompasses  Rock and Indie to Jazz and Prog, whilst breaking a few rules along the way. The end result is a masterclass on how to produce a catchy  album that is filled with beautiful vocal harmonies, stunning melodies, quirky jazz grooves and a rock’n’roll drive to die for.

With artwork by Steph Hope,  tracklisting on “Seasons” is as follows:

“Seasons” will be available in CD, Digital and a Limited Edition LP in transparent magenta vinyl formats, and can now be pre-ordered from:

More information about WIZRD can be found on the band’s Facebook page at https://www.facebook.com/WIZRDTHEBAND/