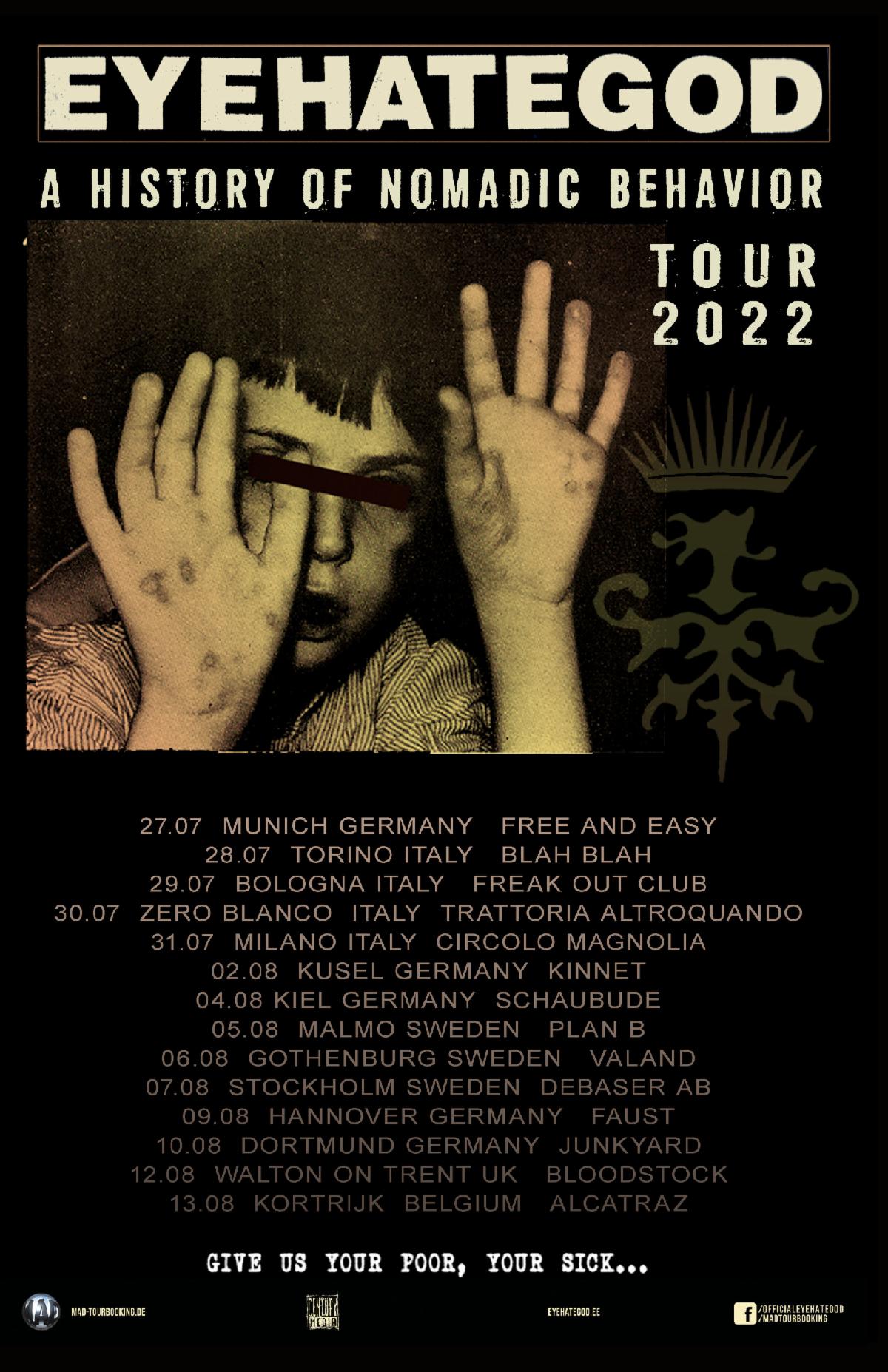 New Orleans’ EYEHATEGOD have just announced their A History of Nomadic Behavior Tour 2022. The band’s headline run will include special guests ACxDC and Savage Master. Catch the band on tour starting on September 16th in Austin and wrapping on October 2nd in Fayetteville. Tickets are available to purchase, HERE.

EYEHATEGOD have been touring non-stop in support of their most recent full-length album A History of Nomadic Behavior. The 12-track album was produced by EYEHATEGOD, Sanford Parker (YOB, VOIVOD) and James Whitten (THOU, HIGH ON FIRE), with mixing by Whitten. The band recorded at HighTower Recording and Hypercube studios. The artwork for the LP was created by Gary Mader and Mike IX Williams. Purchase and stream the album, HERE.

EYEHATEGOD is the snarling, bilious sound of dead-end America. Since 1988, they’ve been a soundtrack for the troubled masses. Ugly music for ugly times. That’s the sense of disenchantment and disease that lies the heart of their latest and sixth full-length album, “A History of Nomadic Behavior”. This is disorienting, uneasy listening. Music that still very much hurts.