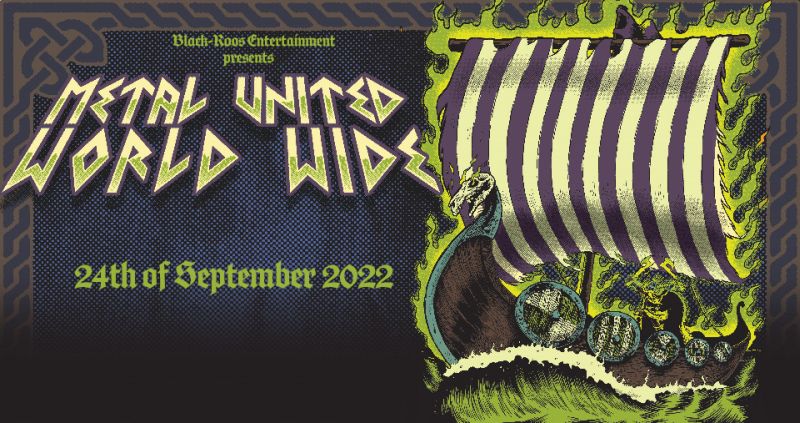 On the 15th of June 2019, the biggest underground metal event with over 400 bands took place for the second time. With stages across over 40 countries and 60+ cities, the event left its mark in the hearts and minds of metal fans around the world. Little did we know that this would be the last time we would gather together…until now. Introducing the return of Metal United World Wide this September. Mark the dates down because on the 24th of September 2022, and because with so many bands, countries and cities involved – there is a high chance of an event near you.

While all the details have not been revealed, we can show you artwork made especially for the event by Damn Fabris from God-Awful – with more info to be announced soon. Keep an eye on the socials to not just stay in the loop, but to catch up on the past Metal United World Wide events. With a youtube playlist and our our Facebook page, there is enough content to keep you busy until September.

The Metal United World Wide team will start with preparations for the next round soon. If you want to be a part of this great event as a organiser, media partner or supporter – let us know. Don’t forget, it’s a community project and everybody can participate and contribute.

After a long time apart, on the 24 of September 2022 the worldwide motto of the metal community will be again:
United We Stand, Divided We Fall! \m/

Metal United World Wide is an initiative to overcome the distances between the widespread individual communities. The event consists of shows around the world on the same date under the united banner