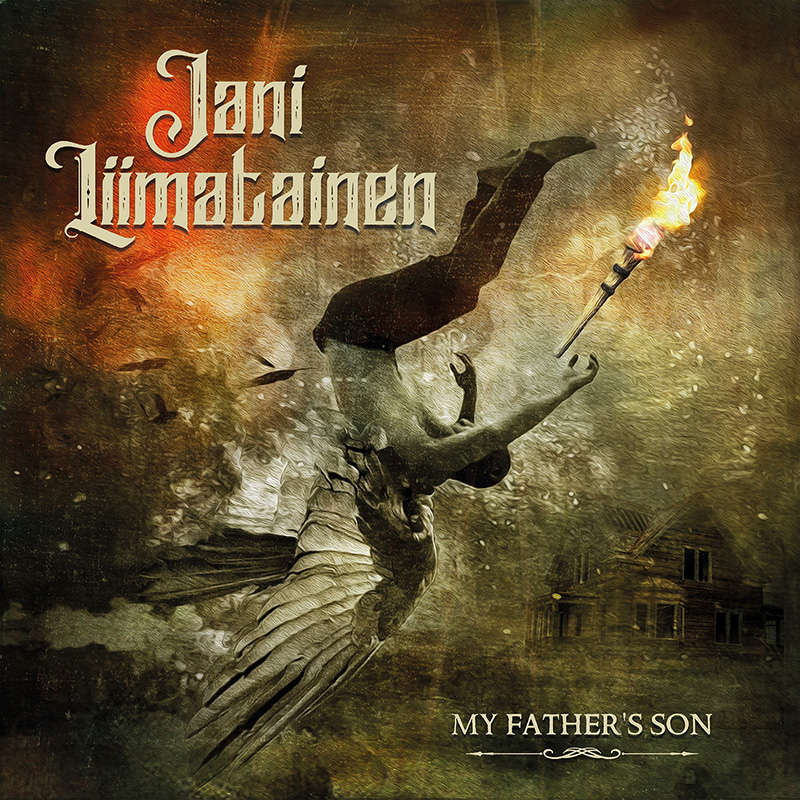 Guitarist Jani Liimatainen (Insomnium, The Dark Element) recently released this melancholy offering of his via Frontiers Records and it is essentially a melodic heavy metal record with depth, substance, and emotional weight to it. Liimatainen is supported by a stellar cast of vocalists including Renan Zonta, Timo Kotipelto, and Anette Olzon, and the songs cover quite a bit of musical territory in that things range from bombastic, goth-inspired workouts to pieces that veer toward power metal, but it all flows together rather seamlessly and “My Father’s Son” feels like a cohesive and superbly composed listening experience from beginning to end. From brooding and reflective to lofty Maiden-esque passages, I really dig the diversity of the material and the fact that the different vocalists all add their own touch and flair to the proceedings.

The lyrics seem personal and straight from the heart, and the production is modern and state of the art, which is to say that it lacks neither force nor bottom end, so no complaints there at all. In addition, there is no filler material on the disc either, and tracks such as the incredibly varied yet touching “What Do You Want”, the soul-stirring “Who Are We”, the eclectic folk-inspired “I Could Stop Now”, and the emotive title song represent some of the very best aspects of this stately opus. This is one LP that fans of melodically robust metal with heaps of atmosphere to it ought to check out as it is most certainly worth a dozen streams or spins.