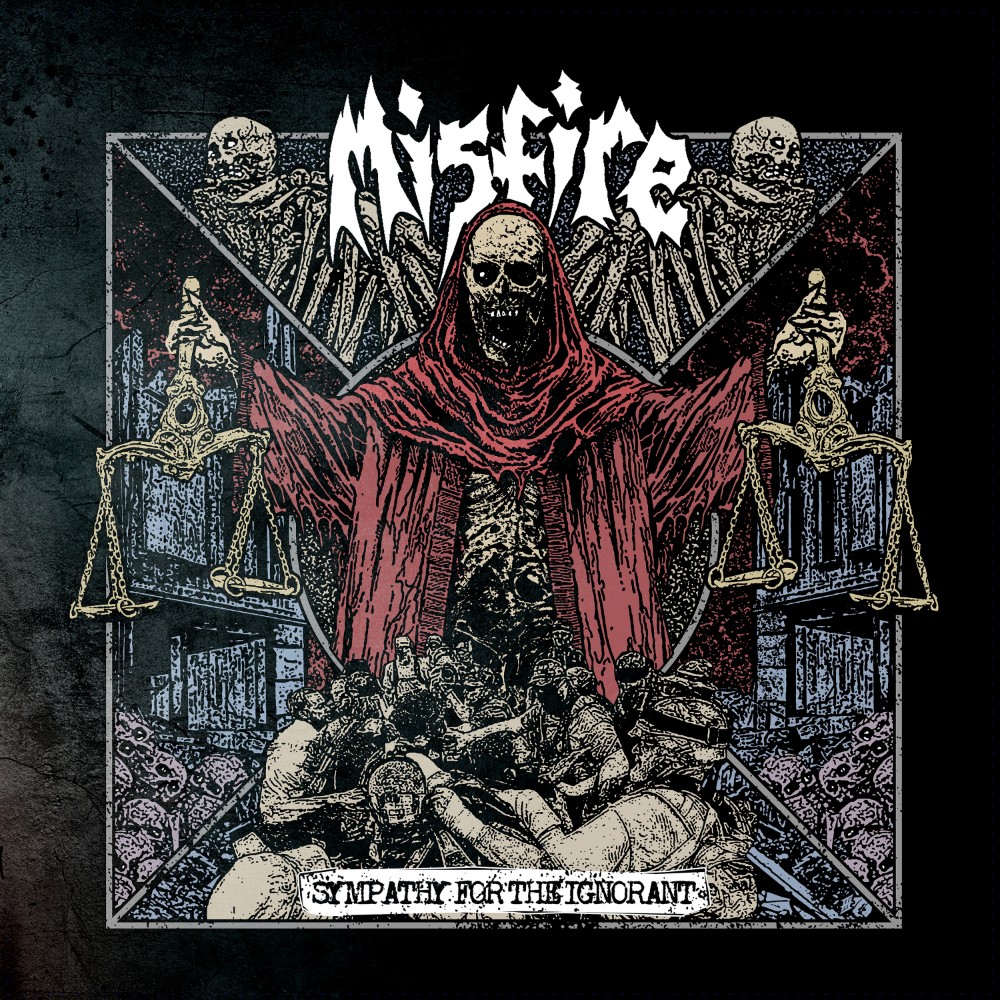 MISFIRE – Sympathy For The Ignorant

If there’s one metal genre which has had an explosive revival for over 20 years it’s thrash metal. When Megadeth had ended their experimentation and had issued a more thrashy, gritty and, most importantly, more classic sounding “The World Needs A Hero” in 2001 (which marked their slow if uneven road back to greatness) the nu metal died instantly and a barrage of new and old thrash ensued with even the pioneering metalcore bands such as Shadows Fall or Lamb Of God leaning that way while new acts such as Evile or Warbringer surged ahead. As for the old guard, Slayer tried hard, Metallica still was undecided but Testament and Kreator reclaimed their rightful thrones and pretty soon almost every major thrash act reunited and released landmark thrashterpiece and the scene has been unstoppable since. And now, as we are just 3 months away from Megadeth releasing what those who heard it claim as some of the best material since “Rust In Peace” with “The Sick…The Dying…And The Dead” (If “We’ll Be Back” single is any indication), it is a fitting time to recognize a fairly new thrash metal act from my home town Chicago, Illinois, of all places, with their debut album coming first independently after the eponymous²⁰¹⁹ and “No Privacy”²⁰²⁰ EPs and earlier this year re-released through MNRK Heavy.

What hit me right away is how unique and fresh sounding “Sympathy For The Ignorant” is and then how brutal and relentless it is. This may account for the first spin impression that the material is not very memorable or catchy, an impression already disappearing after the second and gone after the third spin. It’s not like former Diamond Plate members Jay Johnson (lead vocals, guitar) James Nicademus (drums) joined by Sean Coogan (bass, vocals) are reinventing the steel (wink, wink) here, if you only consider that the opener “Fractured” has the same kind of pompous monumental opening Slayer’s “Bitter Peace” had off the underrated, yes, underrated “Diabolus In Musica” and that the following “Red Flag” is a total “Divine Intervention” worship or the fact that every single solo on the album could have been on “Rust In Peace”. Heck, there’s even an actual track named “R.I.P.” which is fiercely Megadethian whenever it does not quote Lamb Of God’s “Ashes Of The Wake” stylings. The favorite, “No Offense”, seemingly about the American society stuck between the hammer of extreme “I’m offended at the very word God so I spell it ‘G-d’ in philosophical dissertations” on the left hand and the anvil of “do whatever we want as long as we claim it’s for God” on the right hand, is a great reminder of Kreator’s “People Of The Lie” from the fantastic “Coma Of Souls” riding on Anthrax’s “Among The Living/Persistence Of Time” era, and, in that latter vein, a very catchy “He Said She Said” about dwindling quality in reporting, is also of consideration as a fantastic display of stellar songwriting and musicianship, even with a slightly black metalling transitions. On that note, interestingly, as far as thrash is concerned, Johnson’s acidic vocals and the raw relentless guitar assault often recall Misery Index’s “Discordia” (death metal). There are many surprises and twists and turns, such as occasional trips to early Machine Head with the patented guitar squeals in “War Of Mine” where the ending riffs mimicing the repetitive “f” bombs accompanying “all haters, all traitors, all liars, manipulators” recall Trivium’s “Declaration”, and then downright Panteric “F#$king Hostile/Strength Beyond Strength” speed ups in L.Y.S. (short for “Lose Your S#$t”) as well as the characteristic start and stop riffs in the closing title track, but the rest you’ll have to discover for yourself.

Misfire may not have the songwriting or the hooks (my main gripe) to pull of a “Ride The Lightening” or “Rust In Peace” just yet but they are well on their way and they already have the instrumental skills and I think these guys really deserve your attention. Hopefully, they will inject more melody and transitions in the future songs, although they do pack a lot in a 4 minute track already. They could get seriously big if they get the right promotion so spread the word as is impossible for any kind of thrash fan to be disappointed with this one.