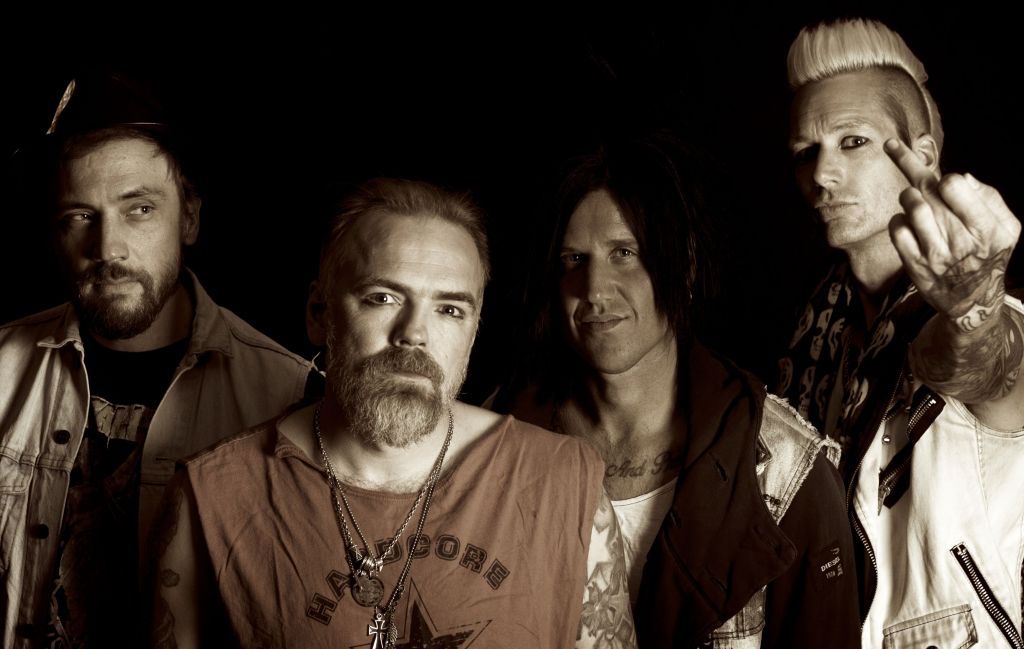 Scoring higher on STDs than on SATs, Nasty Reputation is exactly what they claim to be; and sometimes even worse.

June 6th will see the release of “After All It´s Rock n Roll” from the Trondheim based sleazy hardrockers Nasty Reputation. The album will initially be available on digital platforms, with a vinyl version to be out in the autumn.

Nasty Reputation has been part of the scene since back in 2007. But more than anyone, this lovechild of punk and metal has suffered from a severe case of the children disease known as «frequent line-up changes». Despite the constant uphill struggle, the band has now spent over half a decade in the incubator, recording what has to be the most anticipated debut album from a band this unknown.

The first single «Slut Machine» is out now on all digital platforms. «Slut Machine» made it to the Top Ten-list of heavy rotated songs on Baltimore ́s 97 Underground Pure Rock Worldwide, alongside bands such as Hardcore Superstar, Volbeat and Guns N Roses. With a hard hitting, growling essence of early 80s metal, in the alleys of WASP and Mötley Crüe, combined with the straight forwardness and melodic sense of bands such as The Wildhearts and Backyard Babies; Nasty Reputation represents something unique.

Not that anyone hasn’t done it before; it ́s just that somewhere along the way, this magical thing went out of fashion! Well, let ́s put it this way; Nasty Reputation don ́t do fashion, they play rock ́n ́ roll!