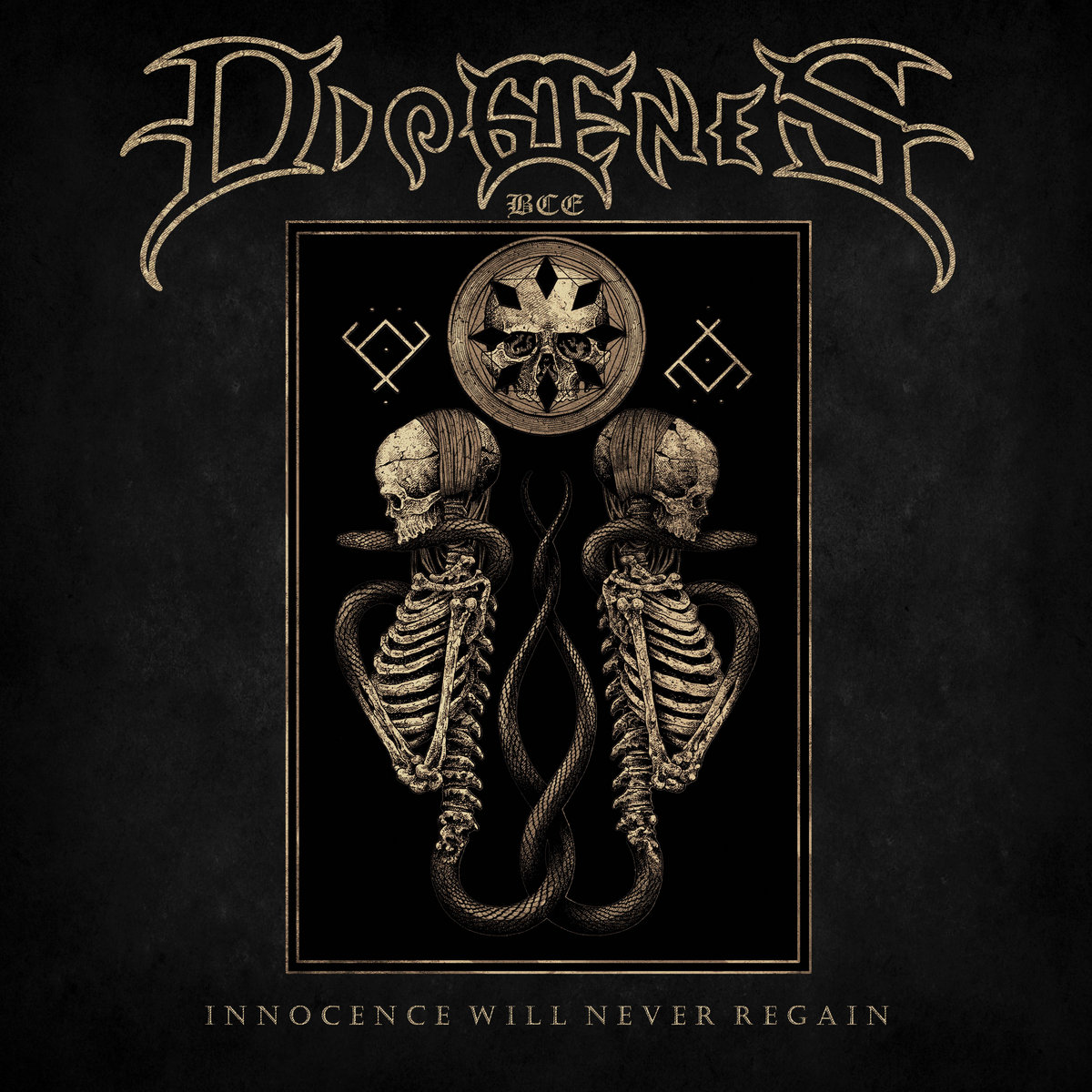 Diogenes BCE ascends from the dungeon and grants you its debut album “Innocence Will Never Regain” of dark extreme metal.

“Innocence Will Never Regain” is available at all platforms.

The seed for Diogenes BCE was sown in 2010 and has its base in Holmestrand, a dark and forgotten corner of the Oslo fjord in Norway. The heart of the band is Sigurd (guitar and vocal) and Kristian (drums).
Sigurd and Kristian started to create music together as Morrheim in 1995. The origins were black metal, but the style later evolved, which finally resulted in Grand Alchemist. Grand Alchemist has released two well-received albums.

Diogenes BCE serves sludgy and atmospheric metal with a dark pulse, accompanied by grim vocals. The dynamics between the guitar and the drums are the emphasis of the music. The lyrics visit the borderlands between the real and the unreal, an apocalyptic landscape where black smoke rises from the marsh and the listener will have to find his bearings himself.

“Innocence Will Never Regain” is produced, mixed and mastered in collaboration with the well renowned Rune Thoen in Holmestrand.

The journey goes on.