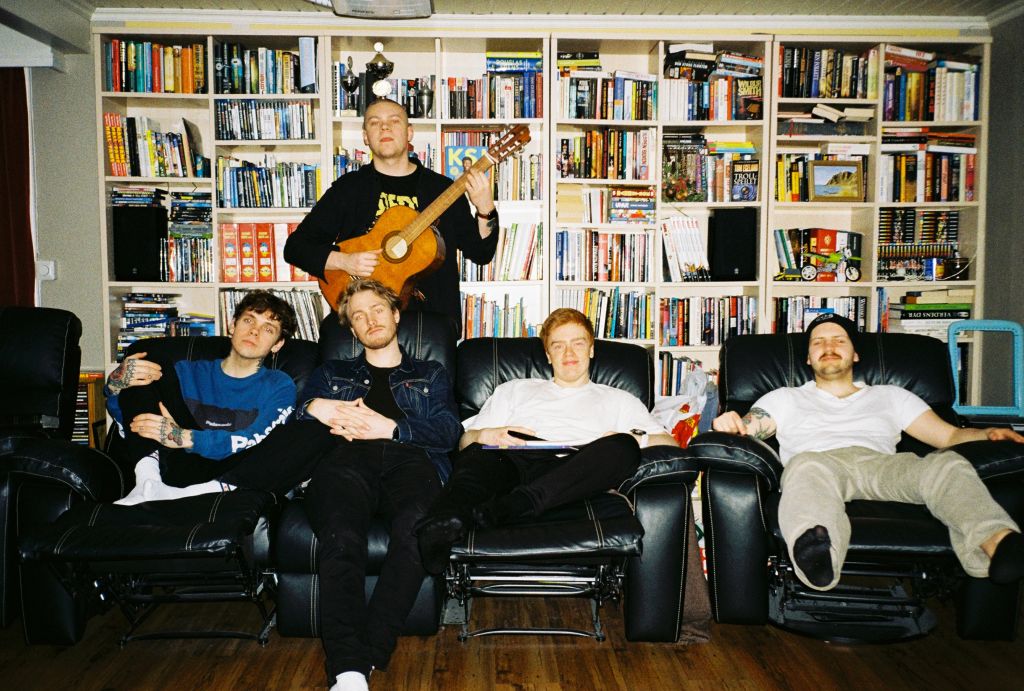 LÜT Release Their Most Personal Track Yet

LÜT has been tapping into the consciousness of rock-loving audiences ever since the band saw the light of day in 2014. In recent years, the band has undergone some major changes, as shown in the upcoming song “Tydeligvis E Æ Like Vanlig Som Alle Andre” which is released Wednesday, June 1st.

“This track is extremely different musically and lyrically than what we have done before.
Before Hans Marius Mikkelsen left the band, he wrote most of the songs and this was one of his sketches, which I continued to work on.
I’ve always liked it, but it’s just been in the drawer until now.
It is very cool that it will finally be released, but also a little scary since the track has become so personal”, says vocalist and songwriter in the band, Markus Danjord.

“Tydeligvis E Æ Like Vanlig Som Alle Andre” is about seeing oneself from the outside, how to treat people around you and how our actions affect others.”

Markus himself believes that it can be new life situations and the encounter with big choices that result in you reflecting even more on your own life and who you are. In the last three years,
LÜT has lost three members from the band’s original cast.
Though the new members have brought the band new life, at the same time Markus makes no secret of the fact that it has also been demanding;

“The big changes we have experienced within the band have meant that we have had to find new ways. It has been very positive for our development, but also offered great challenges. In addition, we are spread all over the country, which does not make it easier. This song and the somewhat self-realizing lyrics are probably a result of the somewhat tough and lonely periods,” he says.

BIO
LÜT released their second album “Mersmak” in 2021 and for their debut album “Pandion” they were nominated for “Newcomer of the Year” at The Norwegian Grammys and “Live act of the Year” at P3 Gull.
They have also received praise from Lars Ulrich (Metallica) himself in his podcast “It’s Electric”.
They have done a bunch of convincing shows with stage diving, big choirs, and even bigger riffs. Earlier this year, they were announced as a support band for Skambankt, but the pandemic unfortunately put an end to the tour.
This summer, however, they will play eight concerts in Germany, in addition to the Norwegian Bukta Festival in Tromsø.
The band has previously owned stages at big European festivals like Summer Breeze Open Air, Reeperbahn, Øya og Tons Of Rock.