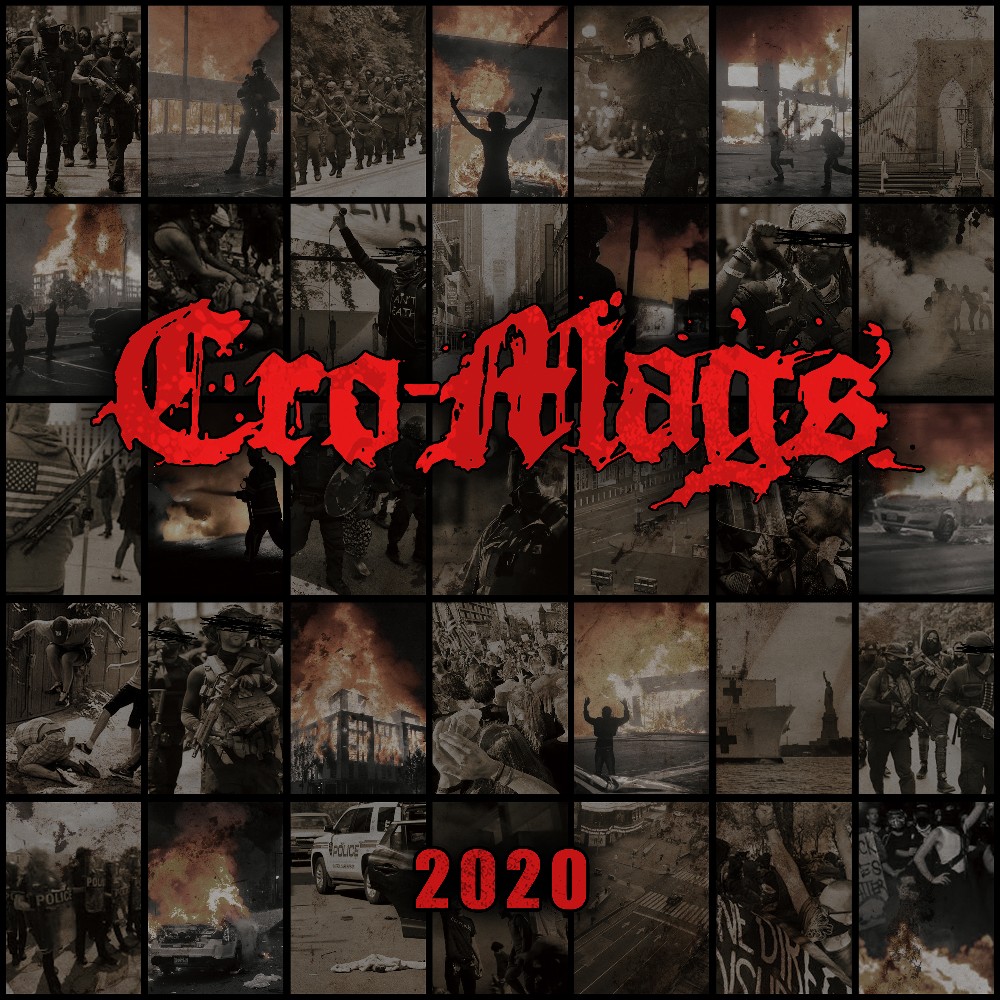 Whatever you think of Brazilian Jiu-Jitsu black belt Harley Flanagan, the only member present on the New York City’s hardcore punk outfit, Cro-Mags, one who had battled and won the sole rights to the band’s name, whether it is his skin-head image, his unambiguous views and controversial incidents of violence which, admittedly, are open for interpretation, the man lives and breathes hardcore, to quote him, “not just music but a way of life”. You can focus on the controversies surrounding his person wondering how much truth there is to the rumors and reports or you can recognize records such as “Age Of Quarrel” and “Best Wishes” for what they are: the cornerstones of NYC metallic hardcore scene which spawned Biohazard, Merauder and Life Of Agony among others, the blue collar, working class manifesto in music. Biohazard being one of the most influential bands of my formative teenage years next to Pantera, Megadeth and Machine Head, I choose the latter approach recognizing this 2021 20:20 minute “2020” EP as the return to those late 80s years, sounding as if those 33 years have never passed, with both timeless and relevant power and conviction.

The band started neither as Cro-Mags nor with Flanagan at the helm. Parris Mayhew had formed Mode Of Ignorance in 1981 before he met Flanagan. The band’s original lineup consisted of Dave Hahn on drums, Mayhew and Dave Stein on guitar, , Hare Krishna and boxing practicioner John Joseph on lead vocals and Flanagan on bass. 1985 saw change to Cro-Mags and “The Age Of Quarrel”¹⁹⁸⁶, “Best Wishes”¹⁹⁸⁹, “Alpha Omega”¹⁹⁹² and “Near Death Experience”¹⁹⁹³ followed until disbanding only to return in late 90s intially for touring then “Revenge”²⁰⁰⁰ record. They were on and off until again reunited in 2008 which had started a long legal battle over the name which ended in August 2019 with Flanagan getting exclusive rights and Joseph moving on with Cro-Mags “JM” (Joseph and Mackie). With a new lineup consisting with himself on vocals and bass, Rocky George and Joe Affeon on guitars and Garry ‘G-Man’ Sullivan on drums, Flanagan recorded this here, “2020” EP as a tribute to one of the worst years in American and world history, and then “In The Beginning”²⁰²⁰ LP.

Flanagan has this to say about the concept: “Just by coincidence we recorded 20 minutes and 16 seconds of music, so we simply added a few seconds of real-world chaos. The album cover is meant to look like a calendar – 7 squares across, with one picture from 2020 per day. Inside the booklet, there are 12 pictures, one for each month of 2020; and the back is a shot of something I have never seen before in my life – a totally empty New York City. Corona Virus, quarantine, empty streets, brutality, burning buildings, violence, and destruction: 2020 is a year none of us will ever forget.”

The music completes the vision with the first two cuts, “Age Of Quarantine” – a sarcastic allusion to Cro-Mags’ classic debut which instantly brings Biohazard and the fantastic “New World Disorder” to mind featuring a Middle Eastern melody and solo – and the title track. I particularly like the latter, clearly reminiscent of Pantera’s “Domination” from their arguably finest LP “Cowboys From Hell”, with its staccato of stop and go riffing. “Life On Earth” recalls Suicidal Tendencies and reminds us that Cro-mags was one of the first, if not the first to introduce thrash metal to hard core punk known as crossover, with some of the riffs recalling classic Testament, but the song is a little too short to rival the opening 1,2 punches. “Violence And Destruction”, cued by a reggae Rage Against The Machine-like intro, reminds me of the best of Megadeth while the abundantly if appropriately profane “Chaos In The Streets” may be simple but the subject matter is pleasantly familiar as Flanagan connects all the basic ills of the world such as religion, oppression of the poor and war to money, what else? The closing “Crofusion” is a 20 minute free style hard core reggae jazz fusion shortened to 4:33 and ended by the sounds of a riot, the most creative and promising track on the record.

Short, explosive, sweet and brutal beyond hard core and punk, “2020” is a metal record through and through in sound, skill and attitude, proving both that hindsight really is 2020 and that Cro-mags is more needed and more relevant than ever in times when the sickness of society, sick to the core, is reflected to the core in the quality of the leaders they elect in order to have it to rule over it instead of governing it.

FIRST SIGNAL – Closer to the Edge