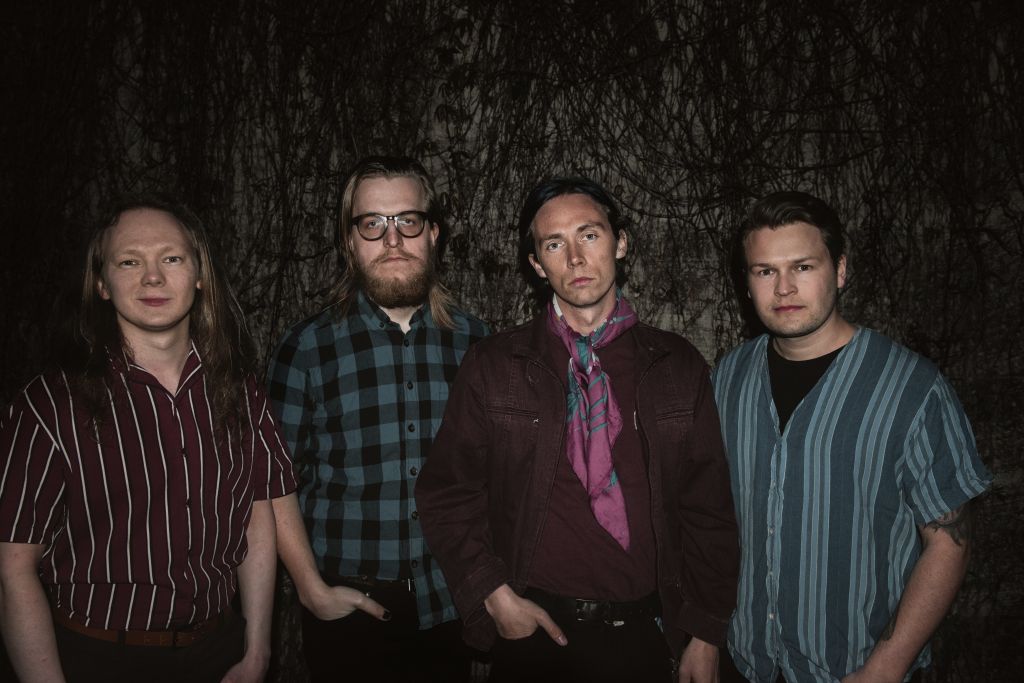 INGO is a young and extremely potent rock band out of Oslo, Norway, with a vocalist from Iceland.

Through captivating, emotive, and aggressively addictive songs INGO seeks to captivate and mesmerize the listener. Their incredible live energy and the bands technical capability, paired with Armann’s unique and raw vocals, makes their live performances unforgettable, and their songs exceptionally catchy.

May 19th INGO are set to release their first new single Evolution 2.0
The track is pure vibrant rock.
Both catchy and powerful with an incredible punch and ridiculously persuasive vocals.

INGO describe it as a “high-tempo wake up call, that pulls you through highs and lows and seeks to surprise the listener at every turn”

And they are right! Evolution 2.0 mixes the best of popular rock with something fresh and unexpected, triggering all the emotions and feelings you remember from the very first sonic experience of discovering rock music.

Or take the word of Erlend Gjerde, Managing Director at Indie Recordings,
“INGO took me right back the beginning and reminded me why the hell we do this job.”

Editor-in-Chief of Metal Hammer Norway, Espen Nørvåg Slapgård is also impressed by INGO;
“INGO delivers the perfect combination between powerful catchy songs and an insane punch, dressed in a sound that manages to sound both classic without being retro and “new” without belonging to any annoying wave!
When they also manage to deliver songs that hits you right in the face from the very first moment and still holds the interest of the listener after a double-digit number of plays, I am completely sold!”

What more is there to be said?

INGO has arrived to bring rock back in focus and pave the way for a new generation of conscious rock lovers.

INGO is a product of the musical melting-pot that is Oslo, and their live energy has been a major hit with the mainstream pop-rock audience in the Norwegian capital. Since 2019 they have been an active live band in the Oslo rock scene and has quickly become known for their exhilarating and raw concerts. They have paved their way through Oslo’s various venues and stages, with the extraordinary habit of always getting booked to do a new show after each gig.

Their musical landscape is heavily influenced by Stadium Rock giants such as Queen, Radiohead, Queens of The Stone Age and Biffy Clyro.

And rock isn’t just something you listen to; it is something you experience. Through music INGO seek to create something meaningful and deep for the greater audience.

Values such as justice and tolerance, are important concepts for INGO, and one of their main goals is to create music that engages and inspires a new generation of music fans to make active choices in the lives they live.

“Ultimately, we want people to connect with what’s real in life. We want the audience to access their deepest emotions and release their inner rebel through our music, and that’s what we strive for.”